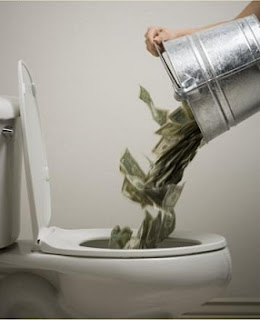 Members of LinkedIn’s European Data Protection Forum will be aware of the current debate on the effectiveness of mandatory data protection fines.

You know the issues, so I won’t bother rehearsing them here.

But I have noted that one (German) participant has recently fallen into an elephant trap.

His intervention included the following:

“The right consequence is to strengthen the power of the authorities and give them the option to put higher fines. I mean if people do not care about speed limits in traffic rules one measure might be raising the fines for speeding - that's how easy it is.
And Germany is a good example that strict data protection rules are not bad for the economy. As I stated in one discussion before Germany has one of the strongest economies in Europe at the moment and the strictest data protection law. Maybe data protection even pushes the economy in the long term?”

That intervention caused me to choke on my morning coffee. It wasn’t long before I had sent the following retort:

"Please don't try to argue that Germany has one of the strongest economies in Europe "because" it has the strictest data protection law. If the inference is that economic success is delivered through strong data protection laws, and all "failing" countries have to do to improve their economies is to strengthen their data protection laws, then I find myself violently disagreeing with you.  Take another example - with the singular exception of Kraftwerk, German contemporary musical culture is abysmal. German bands are awful. But, Germany has a strong economy, So are you also inferring that an abysmal contemporary musical culture is also a precondition of a strong economy?”