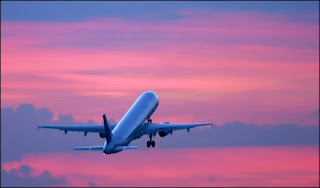 Britain’s data protection elite will split into two camps immediately after the ICO’s annual conference in Manchester on Tuesday. Most data protection officers will return to their workplaces and carry on working as usual. A select elite, however, distinguished by the size of their conference budgets, will journey to Washington DC for even more days of data protection conferencing.

Whether those lucky few who face a week’s worth of conference sessions  will be any better informed as to what the proposed General Data Protection Regulation (or Directive – take your pick) will contain, I really don’t know. Actually I think I do know. And the answer is that they will almost certainly be just as mystified about the final outcome as the rest of us.

Until last week’s elections, I had underestimated the strength of apparent disillusionment at the great European Project by the British electorate in Eastleigh, and throughout Italy generally. And, in a few month’s time, German citizens will be given the opportunity to express an opinion on further European integration, when national elections are held.

Governments in member states and politicians in the European Parliament will, I’m sure, redouble their efforts to make the EU as great a place to live and to do business in as possible.  And the pressure will be on to respect people’s fundamental human rights - but not at the cost of soaring national social security bills, should sizeable populations from one member state decide to move and apply for more generous social benefits in another member state. “Benefit tourism”, as some commentators describe it.  Or when a court designed to uphold fundamental rights acts in ways that are totally unacceptable to democratically elected Governments.

Someone needs to do a bit more selling if businesses (and public authorities) are to welcome the additional costs that appear to be associated with the higher data protection standards that are implied by the latest drafts that are emerging from the relevant European parliamentary committees.

To be frank, I don’t see many people selling the new proposals. Perhaps all the good work is being done behind closed doors, to give the relevant stakeholders ample opportunities to reach private deals.

Given the atmosphere in which private deals will be made, I really don’t think anyone has a clue what will happen.

If we don’t, then how can we judge what deals might be on the table when the elites finally agree on how to lead us all to an even greater future?