RIPA: Government “reforms” make it far less likely some criminals will be caught 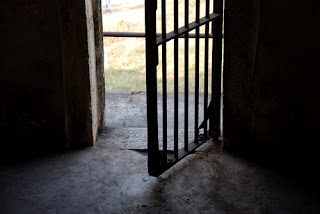 I doubt that David Davies MP or many of our chums at the privacy campaigning groups will be too keen to highlight a huge problem recently spotted by Sir Paul Kennedy, the former Interception of Communications Commissioner.

David Davies is well known for advocating that the procedures about who should be capable of obtaining communications data should invariably involve a judicial warrant, rather than a the signature of a senior law enforcement  official, supported by an experienced SPoC (Single Point of Contact) officer. In his (and their) view, a judge will always be better placed to offer a far better degree of impartial oversight than “the man at the desk next door.”

Accordingly, he was pleased to support a provision in the Protection of Freedoms Act 2012 which meant that since last November, Local Authorities have had to obtain judicial approval before they could acquire any communications data.

But in his Annual Report, published last week, Sir Paul Kennedy has commented on the consequences – which is a 63% reduction in the number of applications by local authorities in the first 4 months of the legislation being enacted. In his words:“ I do not believe that local authorities have stopped requesting the data because they no longer need it, but I suspect  the reason they have stopped is due to the overly bureaucratic and costly process now in place.”

Sir Paul continued: “Local authorities have reported experiencing lengthy time delays in just obtaining an appointment with a magistrate (in the worst case 6 weeks). Other local authorities have reported that the magistrates were totally unaware of the legislation and as a result they had to provide them with advice and guidance. This is worrying, particularly considering the Home Office gave a commitment to properly train the magistrates to carry out this role. In one case that has been  reported to my office, the magistrate did not ask to see the application form which set out the  necessity and proportionality justifications, or the DPs approval. The application was approved on the basis of a verbal briefing from the applicant and DP. It is extremely concerning that the paperwork in this case was not examined to check that it had been properly authorised.


Furthermore, in this case the local authority failed to serve the judicial application / order form on the CSP with the associated Section 22(4) Notice, but the CSP disclosed the data without question. There was no evidence that the acquisition of the data has been lawfully approved in the absence of the judicial application / order form and therefore it is worrying that the CSP disclosed the data in this case.


I was informed by the Home Office that Her Majesty’s Court Service (HMCS), which falls under the remit of the Ministry of Justice, concluded that it would not be possible to manage the judicial process electronically. This is regrettable and has meant that the judicial part of the process has had to be dealt with manually outside of the fully electronic, auditable application system that is in place at the National Anti-Fraud Network (NAFN). This significantly increases the administrative burden. There is also the possibility of more errors occurring as the communications addresses have to be double keyed. Furthermore I have also been informed by the Home Office that HMCS did not think that it would be possible for the judicial part of the process to be managed by the NAFN  SPoCs attending their local courts in the Tameside and Brighton areas, as it would place too  much burden on those courts. As a result each application gets bounced back and forth between the applicant in the local authority, the SPoC at NAFN, the DP in the local authority and the magistrate in the local court, which increases bureaucracy and time delays. Often the applicant is not best placed to advise the magistrate on the communications data process or the conduct that will be undertaken by the SPoC to acquire the data. In other cases, local authorities have actually reported that the courts have tried to charge them directly for attending the court.The figures that have been shared with my office to date show that no requests have yet been refused by a magistrate.


Taking into account this evidence I question how much value judicial approvals have added to the process. I have long been a proponent of the SPOC system and this ensures there is a robust safeguard in relation to the acquisition and disclosure of communications data. The Joint Committee conducting the pre-legislative scrutiny of the draft Communications Data Bill concluded that “in the case of local authorities it should be possible for magistrates to cope with the volume of work involved in approving applications for authorisation. But we believe that if our recommendations are accepted and incorporated into the Bill, they will provide a stronger authorisation test than magistrates can. Although approval by magistrates of local authority authorisations is a very recent change in the law, we think that if our recommendations are implemented it will be unnecessary to continue with different arrangements applying only to local authorities.” I concur with this sentiment and am very concerned that there is a serious danger that that the types of crime that cause real harm to the public (such as rogue traders and illegal money lenders) will not be investigated properly due to the difficulties with the judicial approval process.”

So the next time David Davies stands up in Parliament to lament the awful fate of those many victims of crime who are unlikely to receive “justice”, I do hope he admits that on this matter he might just have got it wrong, and that SPoC officers can do a better job than magistrates in ensuring investigators access the evidence they need to convict those who deserve to go down.