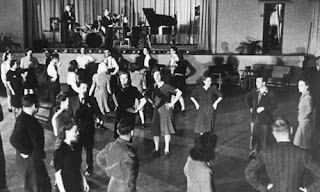 As the temperature soars this summer, the usual suspects are making the usual noises about the way law enforcement bodies acquire private communications data.

On the one hand, something must be done about the current RIPA regime, as the legislation really does need updating to make it more easily cover today’s communications technologies.  Thirteen years is a very long time in terms of technological innovation, and the legislation, passed by Parliament back in 2000, was rather technology specific.

But on the other hand, there is some disagreement over what should replace it. Parliamentarians who have had the usual briefings will be aware of a range of measures that could be introduced relatively quickly to improve the way the current process operates, without needing to concern themselves too much about re defining the range of categories of communications information that ought to fall within the remit of RIPA.
Many pressure groups are concerned that a revised RIPA will give Parliament the opportunity to extend the range to data types to cover many not currently on the radar. However, such a review might also give Parliamentarians the opportunity to narrow the range of data types that are currently available. A couple of pressure groups just appear want to kill RIPA completely, without offering suggestions as to what ought replace it.

I expect the pleas for further investigations into the rules around accessing private communications will continue, especially since Parliament’s Intelligence and Security Committee has just confirmed that it was unable to find any evidence of rule breaking when reviewing the way GCHQ acted in seeking information from the US Prism programme.

I’m sure that some will have deep suspicions of an establishment cover-up – and will disregard the view that, actually, the Brits involved in such operations do behave frightfully well.

The cynic in me suggests that “issues” like this are just what special interest groups within the privacy community need anyway – as it’s a great way to engage with supporters and fly the flag for personal freedoms, etc. Especially when the foe, aka the Home Office, does not appear to respond to the critics. Anyway, in a crisis, it’s more likely that said supporters will donate much needed campaign funds. So I expect many commentators to call this a “crisis” for some time to come.

So, where ought we go from here?

Well, I doubt that a review will really change the opinion of those who have their hearts and minds set against the State needing to access private information for law enforcement purposes. Although relatively few in number, they are capable of creating a significant media splash.

Perhaps the Home Office will counter with more examples of occasions when official access to communications data was both necessary and helpful. Perhaps more opinion formers will publish articles supporting the concept of state intrusion into people’s private lives. Perhaps another wholly unwelcome terrorist spectacular (which could have been prevented had our boys in blue acted faster) will change the public debate.

Or perhaps new voices will emerge, such as those of the current Interception of Communications Commissioner, engaging more frequently on public platforms to convince the doubters of the robustness of his oversight powers. Perhaps the public need to be assured (if they are that bothered in the first place) by the sound of new players on the scene.

I do hope some new voices will emerge.

Just as I hope that Parliament will shortly do something rather than do nothing, to address the communications capability “gap” that was evidently so important when the Home Office laid its case for action before Parliament last year.

If there really is a significant gap, then when is it going to be filled?