The Regulation: Money starts to talk 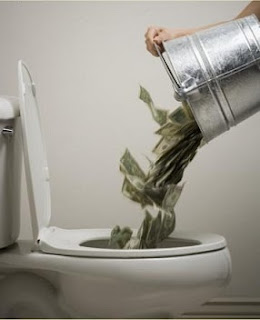 Last night’s meeting of the Crouch End Chapter of the Institute for Data Protection ended with a bit of an argument. Who was going to pay for those who couldn’t afford their own bar bill?

Funnily enough, that’s just what appears to be happening in Europe right now with the draft General Data Protection Regulation.

While the public focus has been on the goings on at the European Parliament, with MEPs on the LIBE Committee face sifting through  a bewildering array of thousands of amendments to what is already a complicated document, developments over in the DAPIX corner have largely escaped much attention.

Yet it’s the DAPIX corner that is the really important corner.

Here, an alternative draft is being worked on by Government officials from each of the Member States, in full knowledge that Member States are data controllers in their own right, and so whatever is agreed has to be capable of being afforded by the Member States. This is where an entirely different tone to the Regulation is being adopted. This draft is much less prescriptive in nature, much more focused on preventing harm to individuals, and much more likely to see the light of day than the European Parliament’s version.

The irony is that, while over in the European Parliament, it’s big business and the multinational data controllers that are being blamed for promoting amendments that water down the impossibly high standards originally proposed by the European Commission, over in the DAPIX corner even more radical attempts are being made to create a workable legal instrument, but those proposing the amendments are not facing anything like the same levels of public criticism.

But the current (leaked) DAPIX version also needs a tremendous amount of work before the Governments of the Member States can reach agreement on it. The 225 pages contain over 500 scrutiny reservations, and with the best will in the world, given that the summer holiday season is upon us, can anyone really envisage agreement on it by the end of the year?
So what are we likely to face towards the end of the year?

If things go well, we are likely to see a situation develop in which two powerful institutions (the European Parliament and the Council of Ministers) create two very different texts, and a form of trench warfare begins. Both sides have deeply held views. Neither wants to give way.  Budgetary constraints mean that the Governments, as data controllers in their own right, simply can’t afford to  pay for the measures proposed by the European Parliament.

As the deadline for the 2014 European  elections looms, the Council of Ministers make one final offer.

The European Parliament then has to choose. Does it back down, and accept the DAPIX version in its entirety, or does it stand firm and lose the opportunity for any reform for a few years?

In his Privacy Surgeon blog on 24 June, Simon Davis rather theatrically announced that he would never again travel to the USA given recent American “bullying, intimidation and hypocrisy,” particularly over its treatment of Edward Snowden.  In his view: “The US has a noble history of civil liberties protection – tragically vandalised by successive recent administrations that now too often exert a corrupted centre of gravity across the planet.”

Might Simon get so upset at the antics of the Council of Ministers in developing a workable legal instrument on data protection that he will announce that, much as he loves it, he would never again travel to the EU.

Where could he go?

Perhaps the transit zone of Moscow’s Sheremetyevo airport should prepare itself for another long-stayer.