The Regulation: heading for a slow death 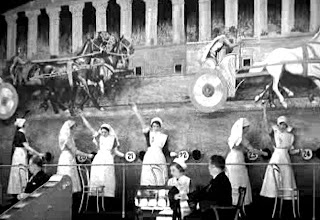 I’m thinking of running a Regulation sweepstake – and the winner will be the first person who correctly identifies the first European Commissioner to predict in public that, because of the range of disagreements over its content, the Data Protection Regulation is not going to be agreed before the June 2014 deadline.

If just a few of the many thousands of data protection aficionados contact me with, say, a ten Euro stake, some lucky person could soon be in possession of an awful lot of money. And for what? Just for nominating the bravest of the brave – ie the person who is prepared to put their head above the parapet and be the first to confirm what is surely obvious to everyone.

But then again, who would do that? Who would presume to step out of line and confirm that the legislative process that needs to be undertaken can’t be trimmed to suit the needs of the EuroParliamentary calendar?

That would almost be admitting defeat.

That would be akin to admitting that the proposal to introduce an absurdly complicated Regulation (together with a Directive on various data protection issues affecting law enforcement) was not the brightest of bright ideas.  Or admitting that the concept of legislating without knowing the financial effects of the proposals was, perhaps, a little on the silly side. Or admitting that an emphasis on processes, rather than outcomes, to encourage innovation, was perverse.

Still, in this glorious summer season, when politicians (and some policymakers) are taking a much deserved break, now is the time to let our money start talking. Those of us who have been on this policymaking circuit for some time know what the outcome will be. A glorious own goal. Proof that the privacy community is incapable of collectively knocking its head together and hammering out a shared understanding of what it is that matters to us all, in this data rich world.

Do we have no collective vision?

Evidently not.  The lack of engagement between some elements of the privacy community is quite staggering -  and I blame the cultural constraints that make it impossible for these sides to embrace ideas deeply held by others.  On the policymaking side, I see so little leadership from the European Parliament. A lot of posturing, yes, but no real leadership. Who are the key players and who are the clowns? And how is it that so many clowns generate so much media coverage? Just because they are so willing to speak at conferences etc doesn’t make them any less a clown.

Perhaps, in a future (and more Eurosceptic) European Parliament, there will be a greater emphasis on ensuring that general policies can be tailored to meet the cultural needs of different communities. There may be fewer “fundamental” rights  - and privacy rights that were suitable in a pre internet age will eventually be tailored to the realities of data rich societies.

And perhaps, in future, there will be a focus on what can be achieved by a data rich society, rather than just on the constraints that policymakers wish to place around those few, those very few, players whose creations will transform our lives very much for the better.  If I were incubating a creator, I really wouldn’t encourage them to set up their operations in a regulatory environment that was as hostile as that which the European Commission is currently proposing.

But enough of my rant. Today we ought to be thinking of what we can do that will bring us all joy, rather than what rules can be put in place to constrain us.

Greetings to the latest member of the Royal Family. I only hope that he grows up in a world where policymakers do what they can to bring people joy, rather than set petty rules to constrain people from creating stuff they might find really useful.