Another calamity for the European Commission 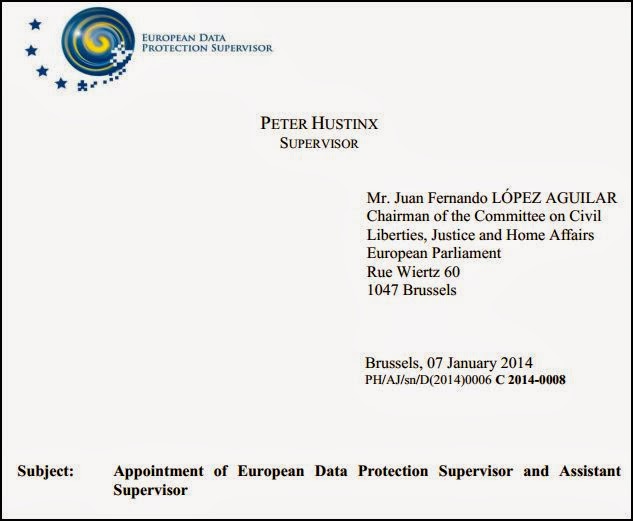 The European Commission’s data protection spin doctors must be weeping in frustration.

Last year, they were all working hard to reassure everyone that the wheels had not come off the “Data Protection Regulation wagon”, and that legislation would most definitely be in place before the European Parliamentary elections later this summer.  Last month’s meeting of the Justice & Home Affairs Council indicated how the legislative proposals were unravelling, and put paid to the fantasy that an agreement would be in place by this summer. My blog of 11 December 2013 has more details.

What else could go wrong?

Well, yesterday, another issue emerged which again questions how deeply committed the European Commission is to all this data protection malarkey. It’s about the next European Data Protection Supervisor and his assistant.

First, a bit of background. A couple of years ago, the EDPS was viewed by the European Commission as a job that was so important that the jobholder must either be also Chair of the  European Data Protection Board (the reconstituted Article 29 Working Party), or be elected as one of the two Deputy Chairpersons.

Conspiracy theorists will have a field day asking whether the EDPS has recently been cut down to size, as it has emerged that there is no-one to replace the Supervisor, or his deputy, when their term of office officially ends next week.

Both are appointed by the European Parliament and the Council for a term of 5 years on the basis of a list drawn up by the Commission following a public call for candidates. I’m not aware that this public call for either post has yet been made, and it is likely that there will be a long delay before the new bod gets the nod.

So, will the office of the EDPS be leaderless for a period – and more importantly, will anyone notice?

The (soon-to-be former) EDPS is billed to speak at the Computers, Privacy & Data Protection conference at the end of the month (see yesterday’s blog). But whether he’ll bother turning up, given how his post has been treated, is a moot point. I’ll let you know.

I am available if an interim European Data Protection Supervisor is required from next week. I must admit that I’m not as wedded to the Data Protection Directive as the incumbent has been over the past few years. I prefer a more pragmatic approach. Nor, for obvious reasons, do I have a friendly relationship with the Data Protection Taliban. But I am an entertaining conference speaker, and am happy to cross the globe to earnestly debate issues that require addressing at such international events.