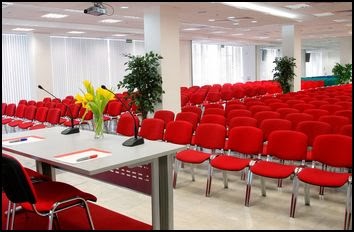 There are less than 2 weeks to go before I attend my first data protection conference of the year. A bunch of data protection worthies, wingers and associated hangers-on will be in Brussels for the Computers, Privacy & Data Protection event on 22 – 24 January. Will this one be an eye-opener, or will it be awful?  Will anyone learn anything new?

The gossip in the shadows of the conference ought to be about the new crop of data protection officials that are being appointed to replace those whose time has come to do something else with their lives. Will the newbies have as firmly-held opinions as their predecessors? And are they capable of reaching agreement on a common set of really detailed, data protection laws? I have my doubts. My money’s on an updated Data Protection Directive in 2015/16, not an unwieldy Data Protection Regulation.

So, how memorable will this upcoming conference be? I’m expecting it to be an opportunity for a lot of speakers to describe themselves as a passionate supporter of Edward Snowdon, a passionate opponent of all things NSA, and for many other speakers to drone on way past their allocated speaking slot, without much caring about the torture that is being inflicted on the audience. How many of these speakers will be offering an assessment as to how realistic it is to implement any of their proposals? Not a lot, I expect.

But there is always an opportunity at these events to collect some freebies, chat to some chums and to gently enquire whether we share the same concerns. And then discuss why it is that these concerns are not the concerns that are being formally debated at this conference.

And it also ought to give me more material for future blogs.

I’ve been to an awful conference
An international jamboree
Speakers galore
From every shore
With a silent moan
A collective groan
When each presenter took to the floor
Can the audience take any more?
They were bored to the Nth degree

I’ve been to an awful conference
I’m definitely not going again
An EU Commissioner rose and spoke
Hardly anyone awoke
Some soundbites she uttered
Please, I muttered,
Sit down and take pity
On those in this city
Who’ll be hanging on
Long after you’ve gone

What an awful awful conference
I’ve had it - my will’s been snapped
I’ve found a gap
Where an afternoon nap
Will give me a rest
I’ll not request
Nor will I protest
If I’m not blessed
With a guest
Ticket for next year’s show.

I can’t take any more - that much I know.

Image credit:
http://www.isdef.org/en/conference/isdef2009/hotel.php (I have not been to any conferences, awful or otherwise, at this venue)