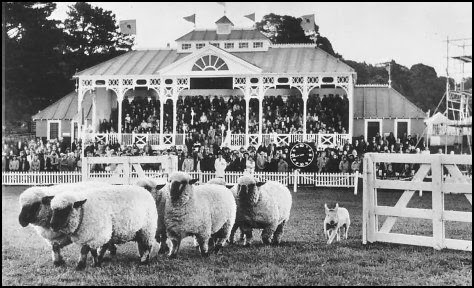 I had expected to have generated a little more feedback on my recent post about the weakest EU privacy regulator. I had hoped that more people would have pointed out that they were being misled. The trick, actually, is not to look too closely at the range of resources or regulatory tools available to each regulator when assessing their usefulness (or necessity).

This can be a pretty futile way of assessing the extent to which data controllers comply with relevant laws.

What really matters is outcomes.

What really matters are the behaviours that are exhibited by data controllers.

A regulator doesn't need a big stick (or a huge staff) if the data controllers he is accountable for regulating are behaving decently.

Babe (the pig) won the sheepdog trials not because he frightened the sheep into compliance, but because he engaged constructively with them, and in so doing he got them to act in ways that no-one had previously managed.

The moral of today's blog is straightforward: we don't need regulators with big sticks (or a huge staff) if data controllers set out to behave decently in the first place.