Are the lions more naive than the dragons? 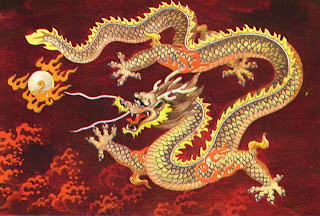 Two things caused great hilarity in the Crouch End household this week, which left me to ponder which was the more stupid.

First up is the black comedy, just released, about an ill prepared and woefully misguided group of British suicide bombers. Forget the politics, it’s a comedy, and Chris Morris has done an amazing job with a taboo subject that is bound to offend anyone who takes life seriously. Most of the characters turn out to be complete idiots – the bombers, the police and the spooks. The only characters who appear totally credible are those who (fortunately) live in foreign parts and groom the misguided bunch of Sheffield-based bombers.

No political party is going to be able to use the film for any political points scoring. Riz Ahmed, who plays Omar, leader of the putative jihadis, attended the first screening of the film in Sheffield. He explained that the audience contained “a lot of working class white lads and a lot of brothers with beards as well. And after it we heard them hanging out together, laughing. So hopefully the comedy transcends any of those silly boundaries.”

Go see this explosive comedy. Despite what you may think, no birds (or sheep) were mishandled during the making of the film.

Next up for the prize of “wally of the week” is the Chinese Government, if you believe last Tuesday’s report in OUT-LAW News. Following the recent conviction of Rio Tinto executives for stealing commercial secrets, it has announced that it will clamp down on the communication of information that it believes will damage the interests of the state or of Chinese businesses. And, it’s going to pass a law requiring telecoms companies to act if state secrets pass through their networks.

Just what is a state secret? And just how will the telecoms companies be able to understand whether such a secret has passed through its network?

How can telecoms companies be forced to monitor communications and alert authorities about the communication of information that might be a state secret, as well as putting them under obligation to co-operate with investigations? From what you learn about the communication techniques used by terrorists from the Four Lions film, they are going to need an awful lot of people to monitor all types of what you and I would consider perfectly innocent internet conversations.

China is known to control its citizens' access to the internet, demanding that service providers block access to material it does not want citizens to see and blocking the material itself if companies do not comply. But the real-time interception of millions of citizens to prevent them from passing state secrets would be an achievement that even the Stazi would be proud of.

And if they ever find the technology that can actually do it, then I hope they might let me know. Deep packet inspection? In that volume, in real time and at current (let alone projected) bandwidth speeds? Give me a break.

To my mind, the people who will be really worried in China right now won’t be the telecoms or internet providers. It will be the poor geeks who are stuck in a lab somewhere and who have been told that they won’t see daylight again until they create a box that can do what the Chinese Government obviously thinks can be done.