Communications data retention to be kicked into the long grass? 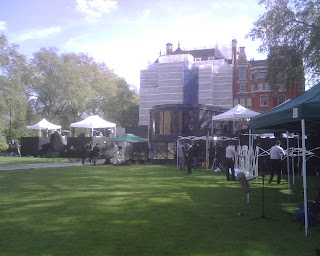 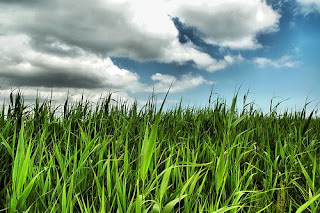 Well, who would have believed it?

Just as I sit down with some of my chums to mull over the thorny question of how long phone and internet providers ought to be required to be forced to retain communications data, our Irish pals get leave to refer the whole issue to the big wigs at the European Court of Justice.

Many thanks to my great pal, Pat Walshe, for pointing out this article to me. It appeared in yesterday’s edition of The Irish Times. Without his ever watching eyes I would never have seen it. I've been especially busy recently. Yesterday I was pre-occupied with lots of stuff – which included being entertained by the sight of hordes of foreign television journalists, all vying for space on the shorter grass on College Green in Westminster, each reporting on the General Election. Prize for “Best booth” went to the BBC’s entry. Rather than just erecting a tent under which their hacks could broadcast to us in the dry, we licence payers forked out for a (temporary) 2 storey black-tinted glass walled studio. It looked just like a tinted version of the White House. And it looked wonderful, too. I bet it cost us a fortune.

Anyway, back to the plot. Read this:

THE HIGH Court has asked the European Court of Justice to determine if a European directive allowing the storage of telecommunications data for potential use by law enforcement agencies violates rights of privacy and communication.

The ECJ decision will have major implications for mobile phone users across Europe.

Given the rapid advance of technology, it is “of great importance” to define the legitimate legal limits of modern surveillance techniques used by governments especially with regard to telecommunications data retention, Mr Justice Liam McKechnie said yesterday.

“Without sufficient legal safeguards, the potential for abuse and unwarranted invasion of privacy is obvious.” The potential of “a prima facie interference” with all citizens’ rights to privacy and communications was “so great that a closer scrutiny of the relevant legislation is certainly merited”.

He was giving his reserved ruling granting a reference to the European Court of Justice, for a preliminary ruling, of issues concerning the validity of a 2006 EC directive (2006/24/EC).

The reference was sought in proceedings brought by Digital Rights Ireland Ltd (DRI), a non-governmental non-profit organisation concerned with promotion and protection of civil and human rights, particularly in the context of telecommunication technologies. The Human Rights Commission (HRC) is also involved in the case as an amicus curiae (adviser to the court on legal matters).

In its action against the Ministers for Communications and Justice, the Garda Commissioner and the State, DRI claims the defendants have wrongfully exercised control over data as they have illegally processed and stored data relating to DRI and other mobile phone users contrary to Irish and European law.

DRI claims the directive, intended to harmonise telecommunication data retention obligations across the EU, is invalid and in breach of rights under the EU and EC treaties, the European Convention on Human Rights and the Charter of Fundamental Rights.

DRI has also challenged the constitutionality of the Criminal Justice (Terrorist Offences) Act 2005 which requires telecommunications service providers to retain traffic and location data relating to phone communications and provides for access to such retained data for law enforcement and security purposes.

On grounds including that the impugned measures affect almost all of the population and the case raises important constitutional questions, Mr Justice McKechnie agreed to grant the ECJ reference.

DRI was a “sincere” litigant which had raised bona fide issues and had the required legal standing to bring a popular action to determine whether the impugned laws violate the rights both of citizens and companies to privacy and communications, including the right to privileged communications, he ruled.

The involvement of the HRC supported the proposition the case raised matters of fundamental public importance, he said. There was “a significant element of public interest concern” regarding the retention of personal telecommunications data and how this could affect persons’ rights of privacy and communication.

The precise wording of the issues to be referred will be decided after the sides have considered the judge’s ruling. The judge rejected arguments by the defendants that DRI did not have the required legal standing to bring the proceedings or should have to provide security for the legal costs of the proceedings.

All really interesting stuff. And many thanks to Pat for letting me see it.

Where does this take us in Blighty? A cynic (and someone running out of money to pay the data retention costs) might use this development as an opportunity to announce a delay on future investment in the UK data retention programmes until such times as the European Court had opined. It’s a cheap option, and one which leaves you with no negative brownie points. This seems to be an especially good option if you are a politician desperate to avoid anyone else hating you. The law enforcement community, aka the “boys in blue”, might not like it, but when was the last time a Home Secretary ever took their side against that of the Treasury?

We live in really interesting times, and I can’t wait to find out what the Home Office does when it gets to hear about what the Irish have done!

Watch this space.
Posted by Data Protector at 11:03