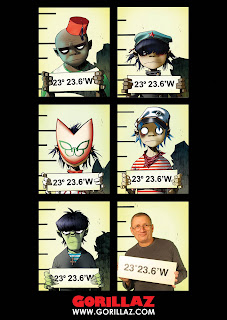 I’ve just read an unusually interesting contribution to the debate on how we should deal with illegal content on the internet.

It came in the form of a speech at last month’s Annual General Meeting of the Internet Watch Foundation, and was delivered by Martin Geddes, former Strategy Director at BT and a refreshingly radical thinker about this stuff. Don't switch off yet. If your mind is broad enough to take the music of the Gorillaz, it ought to be able to appreciate what Martin is trying to say. Here’s a flavour:

The danger to the Internet industry is political. Is it inevitable the agenda will be driven by politicians rather than industry? This depends on the amount of scare stories in media. Youth usage is up, and temptation to interfere becomes too high. Just as with the ill-considered Dangerous Dogs Act of 1991, we may see the ‘Dangerous Devices Act of 2013’ as being the low point that wakes the industry up to its responsibilities.

Given the size of the threat to their ability to innovate and revenue models, surprisingly little is spent on CSR by internet and online media companies. Mumsnet, Consumer Reports, and the Daily Mail can change the political environment faster than any technology solution can adapt. There is high uncertainty on future events. These stakeholders need to be involved, educated and participate in addressing these problems.

In tackling illegal content, there are powerful lessons to follow from the worlds of drugs, political and religious extremism, and copyright piracy. Most critically, decentralised and multi-disciplinary solutions work best. This requires transparency, open source techniques, peer networks of industry practitioners, and voluntary co-operatives to take action.

The achievable mission for the Internet industry is to prevent contagion of illegal content into mainstream society. Containment of the problem is realistic, eradication in the face of multiplying technology complexity is not.

The music industry, insisted that the utterly natural human impulse to share music non-commercially constitutes theft. As a result the industry lost the moral authority it needed to preserve copyright as a social institution. It became normal and acceptable to break the law, especially for younger people. At the extreme example of this social norm breaking down, The Economist reports that the total sales of CDs in China in 2009 was only $19 million .

The Internet is an amplifier of human social behaviour. Tackling determined paedophiles through Internet blocking technology is a futile exercise. Preventing widespread access to such content is not. Fortunately the use of illegal content is rightly seen as repulsive by the great majority of people, who do not seek to find it and wish to see it actively prevented. Contagion containment fits with the wishes of ordinary Internet users, and does not require ‘1984’-like total control over the Internet.

In order to prevent contagion into the mainstream, a broader response is required.

• Political: A ‘panic button’ in social media applications or in browsers, and safe harbour law on seeing and reporting illegal content, in order to capture data about the problem from the end users.
• Economic: As the Net evolves, make the cost for Chinese and Russian sites more expensive than revenue. Make it cost the bad guys more. Tax trade with low-compliance hosting sites to reflect social harm. Make payment and content delivery networks carry more responsibility for whom they do business with.
• Social: Make corporate social responsibility (CSR) a board-level priority, to pre-empt political interference. Engage with stakeholder groups outside of the technology industry – schools, journalists, mental health care providers, even mainstream adult content providers.
• Technical: Focus on traceability and auditability in content and communications, allow for a more flexible response to be built on top of this data. Put more blocking intelligence at the ‘edge’ in the device and operating system.

Martin was perhaps at his most radical when suggesting a social role for internet service providers to play in dealing with the users of illegal internet content. Those of a delicate constitution should avoid reading the rest of this blog. As far as he was colncerned, the best response is to help the mainstream media adopt a less hysterical attitude to casual users of illegal content; it is a mental health problem that demands education, not just vilification. Work with the NHS to offer helplines, and if you block access to a site make that transparent and offer a place to get such help for those at the margin of use of illegal content. Engage people with different skills sets: epidemiologists , psychologists, and anthropologists are as valuable as network engineers.

This is strong stuff. It makes an awful lot of sense, but I wonder how many politicians have the stomach to look their constituents in the eye and explain that they are helpless because they are being asked to deal with a behavioural condition rather than an issue that will readily respond to regulation. I think its the industry that needs to exert more control over this playground, not the politicians.

But that’s never prevented politicians from trying (and frequently failing) to regulate behavioural conditions before.