When does customer information become a toxic asset? 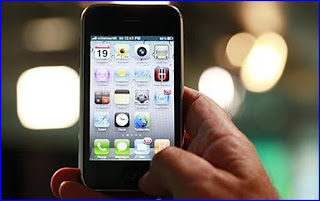 Yesterday’s Daily Telegraph contained an article which made me think deeply about the extent to which a business might wish to go to prevent itself (or others) from knowing too much about what its customers were getting up to. Communication Service Providers are pretty experienced in this sort of stuff.

Just as I wouldn’t want the postman steaming open “my” letters before they are delivered to me, I would not want my internet service provider feeling they had a right to make commercial use from “my” private communications.

The article referred to the success of the Apple devices, and reported that the company was “attempting to tighten its grip on mobile phone operators by preventing them from directly selling its iconic devices.” And it was going to do this by preventing any operator other than Apple from putting a SIM card in the device.

Effectively this means that should customers want an iPhone, they will need to go on line or visit an Apple Store and deal with Apple directly, rather than go to a mobile phone outlet and take out a contract with one of the British phone networks. And how will this work in the UK – by an Apple user camping on a British network, in the same way that our phones camp onto foreign networks when we travel abroad for business or pleasure?

I suspect this means that Apple could try to make an “interconnect agreement” with one (or more) of the British networks, as the communications services contract which the customer will make will be with Apple rather than any of the current network operators. And so Apple will become a Communications Service Provider in its own right.

This throws up some interesting regulatory issues – as I am not sure if current laws would require Apple to adhere to all of Ofcom’s rules and requirements, especially if the contracts made it very clear that the customer was dealing with an entity that had its headquarters, say, somewhere else in Europe. I wonder if Apple could, say, decide to offer a pan European service with a single contract which required every user to accept, say, Irish rules (if, that is, Apple were to deem that Ireland were the best country to operate from within the EU). If the whole principle of the EU was to enable countries - and consumers – to shop and acquire services without regard for borders within the EU, then why should an international company not just choose one country and explain that if customers wanted that service, they would have to comply with the rules of just that certain member state?

While it sounds plausible in theory, I am not sure how it would work in practice. Customers, particularly in the communications sector, need lots of loving care and attention. Things do occasionally go wrong, and customers need reassuring voices on the end of a phone (or from across the counter in a well-equipped, and preferably local, shop) to help them deal with their problems.

Most mobile British networks, of course, sell some of their capacity to other providers, which is why there are many more mobile communication service providers than there are mobile network providers. So they tend to know the value in “wholesaling” capacity on the network. Then all they have to worry about is getting the technology to work. They don’t have to worry about the quirks of each individual customer who would be expected to pay someone else to use of the service that is being supplied. They don’t need small armies of people at call centres. The return on their investment is very different than if they were to have large armies of individual customers.

But how would the current service providers react to this wheeze, which appears to involve Apple wishing to take from the mobile providers customers who, through their use of the iPhone, are probably among those they would greatly like to keep. It’s an iconic brand, who take delight in offering high-specification devices, and it has millions of well-heeled and devoted followers. In terms of customer value, they probably make up a good percentage of the better customers around.

This is an impressive figure.

If Apple are able to control sales, they will obviously want to ensure that the network providers learn as little about “Apple’s” customers as possible. Using an analogy of the postal service, perhaps they’ll start to “double bag” the contents, so they can’t be steamed open in transit. Of course the law enforcement community will always want to use its RIPA powers to ensure that the bad guys don’t get away with anything naughty, so Apple will have to provide some way of dealing with the requests that will come their way. Just how a single law enforcement liaison centre, say based in Dublin, would be able to authenticate and deal with requests from officials in all manner of Member States I really don’t know. But then again that’s not my job to know.

And how Apple will deal with different communications date retention requirements in the different Member States, through its use of a central database, again I’m not too sure.

Given the problems I currently have with my internet service providers, I am so glad I have two broadband connections that feed my flat. It means that when one is down, I am able to switch to the other. I depend on the internet so much these days, and I hate being out of touch. I also quickly get frustrated when dealing with call centre staff who find my accent (and lack of technical awareness) difficult to comprehend. It would really be a leap of faith for me to say that I loved Apple and trusted Apple so much that I was prepared to deal directly with Apple, rather than a British Network Service Provider, for all of my communications needs. It’s a leap too far.

I'll stick with my Samsung Galazy S and my special deal with "Everything Everywhere." For now, at least.