Data Protection as an Olympic (and Paralympic) sport 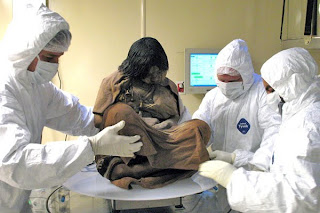 During a recent barbeque, conversation turned to how the Olympic (and Paralympic) Games were likely to be organised in Rio in 2016. Everyone was really hopeful that the Brazilians might pull off a few stunning coups. Will their President open the games after jumping from a helicopter? Will their beach volleyball tournament really live up to expectations? Will the Organising Committees rest a few tired sports, in order that time and space can be given to promoting some new ones?

And if a tired sport is to be replaced, then I have a cunning plan.

This could be the opportunity for data protectors to become true Olympians.

After all, who really needs to see another steeplechase event? All that running around in circles for what seems to be an eternity, jumping over the same horrible hurdle every lap, landing in some gungy mess, carrying on regardless, and then realising that hardly anyone’s that interested in what you are doing.

Yes, I am talking about steeplechasing. Not data protecting – honest!

Elite data protectors would work in singly, and in teams of 4, and the competition would be held in the main stadium. The task would be simple – to learn as many fabulous facts about the spectators sitting in particular blocks of seats in the stadium in, say, ten minutes. The blocks would be selected and allocated to the competitors randomly, just as the competition commenced.

Some points would also be awarded for technical merit. If, say, someone found a really cool way to take a digital image of the people they were profiling, and overlay the information in the public domain that was available about them through their Twitter, Facebook, Gmail and Spotify accounts, as well as any of the more unusual social networking sites currently around, then all well and good. Bonus points could be awarded if these people’s digital archives were (somehow lawfully) accessed, and really fabulous facts were to emerge.

Teams would be assessed by international judges, perhaps those with recent experience of working for Google, Facebook, Mossad, the American, Brazilian, Russian and Chinese security services, and MI6. The more deeply hidden the facts, the more points would be earned.

In the event of a tie, the two leading teams of data protectors would hold a Data Off, which would comprise a search of the backgrounds of the judges, rather than members of the audience. That would really separate the true “protectors” from the rest.

What do you think?

I like it, too. So any thoughts for the music tracks, to entertain the audience while their souls are being searched for the world to see? I quite like a mash up involving themes from:

The Sweeney
Kojak
The Bill
The Killing
Borgen
Inspector Morse
The Levison Inquiry
And, of course, Prime Suspect