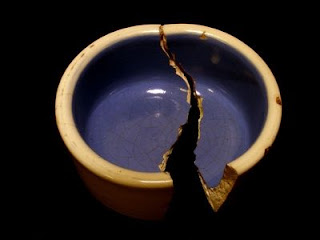 It’s summertime. The weather is glorious and the Brits are performing so magnificently at the Olympic Games, which are being held in London.

If ever there were a time for everyone to learn all the words to Rule Britannia, now is it.

Anyway, in my relaxed mood, it’s time to think the (virtually) unthinkable. I’ve been wondering what sort of memorandum might be written by Christopher Graham, our own Information Commissioner, to his colleagues on the Article 29 Working Party, advising them of the consequences of the European Commission getting the politics of European integration horribly wrong and forcing the British Government to decide that it’s in the best interests of Britain for it to go its own way. Yes, and to tear up the “social contract” bits of the European treaties that have been signed. Including the data protection bits.

I’m afraid it’s not good news. Just like the owl and the pussycat, we’re all at sea. As Edward Lear might have said:

"Dear regulators, are you willing to sell for one shilling
Your national interests?" Said one plonker, "I will."
So they took him away to get married next day
To a turkey who lives on the hill.

You’ve dined on slogans, soundbites and quotes
Snorted Euro power through rolled up Euro notes;
Hand in hand you’ve created a new vision in sand.
You’ve advanced by the light of the moon,
The moon,
But, for the Brits, you’ve gone too far, too soon.

What does this all mean?

Well, I’m afraid the Euro project is over for us Brits. We’ve been painted into a corner. Yes, we absolutely understand that a consequence of further financial European integration is that everyone in the Euro Zone will get to love each other even more and to follow the exact same rules. But, we Brits aren’t in the Euro zone, and the social rules that you Euro Zoners want to bind yourself together with are occasionally so alien to our British way of life that it would be political suicide for any British politician to say anything nice about them right now.

So, I’m told that we’ll be pulling out. Otherwise the British people will vote for Prime Minister representing the nationalist UKIP party, as the electorate won’t stomach anything else.

Yes, it’s been an absolute pleasure attending all these Article 29 Working Party meetings, and trying to forge common visions of data protection issues. It’s been almost as good as watching the 100 yard dash for people with no sense of direction at the London Olympics. However, there’s only so much fun a regulator can have. Consequently, I’ll be retreating to Wilmslow for a bit, while my political masters work out what data protection landscape awaits a country for whom pragmatism, simplicity, transparency and fairness is more important than impossibly complicated Euro rules that hardly anyone can understand.

Before I go, let’s all have just one last chorus of one of my favourite anthems:

If you see me, say hello, I’ll buy you a cold beer
I’m checking out Monday afternoon, and you’re OK, I hear
I should tell you that I’m all right, though feeling kind of strange
As the rules which have been so familiar are just about to change

We haven’t had a falling-out, like regulators often will
And to think of how I heard that day, it still brings to me a chill
As we complete our separation, it’s piercing me through to my heart
Old ways still live deep inside of me, now from these we need to part

If you get time enough, we’ll have one last drink on me
I’ve always almost respected you, now I’m busting out and gettin' free
Oh, whatever makes you happy, I won't stand in your way
Though that rigid taste still lingers as I know I cannot stay

I see many, many people as I make my rounds
And I’ve said lots of nice things about you, as I’ve gone from town to town
I’ve tried not to undermine you, I’ve quoted from you oft
Either I'm too sensitive or else I'm gettin' soft

When I return to Wilmslow , I will replay the past
I know every article of the Data Directive by heart, they all went in so fast
If you’re passin’ back this way, I'm not that hard to find
You can always look me up - I really wouldn't mind

Seriously, I will be doing some hard thinking over the late summer and early autumn on the (frankly, extremely remote) likelihood that the British Government decides that, on balance, it would be more appropriate for 'Blighty to develop its own data protection rules, rather than implement whatever might emerge from the current European proposals. After all, the argument will run, if the Americans can get away with it and do their own thing, like the Canadians, and the BRIC countries, then why can’t the Brits?

Let’s be honest, I can’t think why new British rules might harm British citizens, either. Especially if I have a hand in drafting some of them!


Sources:
Apologies to Edward Lear, who would be turning in his grave if ever he were to have realised what I have done to his poem about the "Owl and the Pussycat."
Also, many thanks to the inspiration of Bob Dylan, whose song “If you see her, say hello” can be found on his “Blood on the Tracks” album. I published an earlier version of this anthem on 26 November 2011.