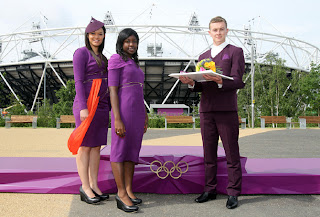 I’ve really enjoying being among the crowds who have been attending so many happy and glorious Olympic events in London over the past few weeks. And I’ve enjoyed watching athletes you’ve never heard of excel at lots of sports you barely knew existed, as well of course as the sports we all know and love.

I’ve also enjoyed witnessing the emergence of true sporting heroes. People whose exploits are going to be talked about for a long, long time to come.

Event director Danny Boyle certainly hit the mood spot on when he ensured that, during the opening ceremony, the music switched to David Bowie’s epic anthem Heroes as soon as Sir Chris Hoy led the British team into the arena.

But, turning to more prosaic matters, where are the data protection heroes of this world? Who can we rely on to inspire the current – and next - generation of data protection officers? Or individuals, who are concerned that their fundamental rights have been abused? Who does the media turn to each time there is another data protection incident? Is the big man in Wilmslow the only one with a voice in this country?

It frequently seems so.

If you search the media for data protection stories, what comes through is an unrelenting narrative of failure. The reports focus on things have gone wrong, and people are demanding explanations. So people are put up to apologise for their actions. You’ve really got to search quite hard for the good news stories.
But how often do things actually go right? And why is it that the good news stories, say those relating to initiatives by the industry to improve standards, get so little publicity? How can we turn (but not spin) media attention around, so that people’s good deeds are given their rightful attention?

I’ve got so bound up in the Olympic spirit that I want to focus more public attention on the good things in data protection life, as we do have a lot to be proud of.

So I’m developing a cunning plan as to how this could be achieved.

Watch out for an announcement about a possible data protection awards ceremony in the not too distant future.

And how should you limber up for the great occasion?

By polishing a few privacy policies, and by making sure that those cookie explanations hit the spot.

And by showing to the rest of us that, in ‘Blighty, there are data protectors who are bold enough to stand ahead of the crowd, who care about fairness and transparency, and who prefer a simple approach to life. Protectors who look on the bright side of life, even.

Data Protectors who develop an approach that embraces the attention span of characters like Homer Simpson, as well as those as clever as Albert Einstein.
If you’ve got a great idea for an award category, or a nomination for an unsung hero, then feel free to get in touch.


Image credit:
The podiums for the London Olympic games were designed by a team of students from the Royal College of Art.
http://www.yanlu.com/#London-Olympic-2012-Podium