Save us from the Sado Dataprotectionists? 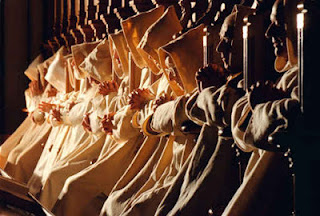 Move over, the Data Protection Taleban. A new movement is forming to take your place on the extreme edge of the privacy spectrum.

In practical terms, they are the irreconcilable. They are the people for whom privacy is an inalienable right. They will enforce their right be let alone at all costs. They don’t need to compromise their standards. They are purists who want to live in a world that I’m not sure exists any more.

They rely on abstract rules which are so complicated that you can only begin to understand them when you read the original German texts.

This quasi religious order doesn’t appear to be large. But, when you operate on the internet, you don’t need to be large to be effective. Sometimes, you don’t even need to be a grown up to be effective. Just search the net for reports of adolescents who have caused havoc on the internet, by being cleverer than the IT security engineers who are paid oodles of money to prevent cyber attacks.

So what should the pragmatic wing of the data protection community do to combat the challenges posed by these folk?

Not that much, to be honest. I don’t see why the mainstream element in the community needs to be blown of course by feeling obliged to respond to all of the demands of the irreconcilable. And, let’s be honest, the irreconcilable corner can be a pretty safe place to be. You don’t need to make messy pragmatic balancing decisions. You don’t need to take account of competing communities. Your aim is to remain pure – and to expect people to respect you for your purity.

In data protection terms, I like my policy making a little grittier than that. I quite like appreciating that different interest groups have their own agendas, and that the role of an honest broker is to exert leadership by laying down a roadmap which contains a path to a more utilitarian future. The greatest happiness for the greatest number. It’s a bit like democracy, but with proper safeguards to prevent abuse. I won’t use the term “fundamental rights”, as that term as become devalued recently. What’s “fundamental” to some is anathema to others.

So, my rallying call today is not “save is from the Sado Dataprotectionists”. Actually it’s “bring on the Sado Dataprotectionists”. I want to encourage the common-sense section of the data protection community to challenge these people and their purist nature. It is only in confronting this philosophy that we will gain strength in applying reasoned judgements which do not align with the thoughts of that community.

To be fair, I’m sure that a good number of these Sado Dataprotectionists are mild mannered people who wouldn’t harm a fly, and have no reason to impose their convoluted privacy views on the wider community. They just want to live their own lives in a way that suits them. I can respect that view, so long as it does not frustrate the needs of the (much more) mainstream community, for whom compromise is a way of life.

Unfortunately, a much smaller section of the Sado Dataprotectionst community are not so mild mannered. These hard liners could do damage, unless they are stopped. But how can they be stopped? How can they be traced? I’m sure their electronic vapour trails are very carefully obscured, and I expect it’s hard for their inner core to be infiltrated by sleepers. They don’t attend many commercial data protection conferences, so it’s quite hard to engage with them. I have found, however, that many of them are social animals who congregate in groups, enjoy a good drink and, mostly, have the same prejudices as me.

I think we need to deal with them by attacking their philosophy head on. We should use reason, mild mannered arguments, and humour to challenge them. There’s nothing like a good joke to break down a few barriers. Some people can take data protection so seriously. I know that, for many of them, their jobs depend on it. But please – lighten up just once in a while.

Wouldn’t it be nice to read the data protection trade press (well, you know what I mean) and learn about the good news stories that must abound. All I ever seem to get to read about is conflict, confusion and things that have gone wrong.

That’s why I try in this blog to keep things on the lighter side. Those who just want the serious data protection stuff needn’t browse to this site too often. I do have a sense of humour and I’m determined to share it with anyone who fancies a smile every now and again.


Source:
I must thank Ambrose Evans-Prichard for his phrase “sado monetarists”, which inspired this blog.
http://blogs.telegraph.co.uk/finance/ambroseevans-pritchard/100021180/who-will-stop-the-sado-monetarists-as-jobless-youth-hits-58pc-in-greece/