Spotlight on the Brussels iapp conference 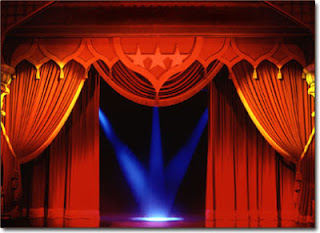 Privacy folk who have just unpacked their bags after their long trip to Uruguay will shortly be packing them again in preparation for the next big privacy conference, which will be held next week in Brussels.

I won’t be attending as I’ve got another commitment in London, which is a shame.

I do enjoy these international events as they do give me an opportunity to reassure people that I do care about this data protection stuff, and that I don’t just blog on privacy issues for cheap laughs.

Given that this event will be organised by the International Association of Privacy Professionals, I thought I would mark the event by proposing that the opening speaker do something just a little bit special. If I had my way, I would get everyone seated, then I would lock all the exit doors, pull down a big screen and bound onto the stage to advise everyone that this year’s ice breaker would be a spot of community singing.

Just a quick chorus of something that everyone might identify with.

“Global interoperability: a goal within reach”
It’s what the speakers are billed to preach
But I bet I’ll hear the usual suspects teach
Us how to deal with another data breach

Another draft Regulation that I hope will last
The earlier version left us all aghast
Increasing pain as my ulcers grow
Another op'nin of another show.

For your speech: you rehearse and rehearse
For weeks, and it couldn't get worse
Your body language is much too tight
Then climb on to the stage and it goes all right

The conference seats are way too hard
People always asking for your visiting card
It's curtain time and away we go -
Another op'nin
Just another op'nin of another show!

Anyway, I send all good wishes to the speakers and to the delegates. Have a great time. And if you learn anything new, do let me know!