Working in the shadows of data protection 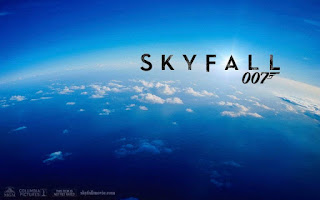 If you have not yet seen the brilliant new James Bond film, Skyfall, I urge you to make the effort.

In one tremendous, action-packed scene, it enables the magnificent Judie Dench to offer her thoughts on what she does to keep the nation safe. What concerns her most is what’s in the shadows. Not what people you can see, and are aware of, but those hidden actors whose menace and intent has yet to be fully revealed.

For just a second, I thought I was listening to EU Commissioner Viviane Reding. I’m not suggesting for a moment that VR would be a better M than JD. For a start, she would have to disrobe herself of all that bling. But both VR and JD share a common passion, which is to root out the evils that are being hatched in the shadows of cyberspace.

JD was lucky – she could rely on James Bond to (virtually) single-handedly confront one of the greatest menaces that ever emerged from Spain to threaten global domination. I’m not referring to Cesc Fabregas, or to David Silva. Just wait and enjoy whatever happens when Javier Bardem appears on the screen. But it means that JD can rely on a cunning human agent, whose instinct to know when to fire – and when not to – is quite remarkable. I don’t think I’m giving much away by pointing out that, at the end of the film, James Bond lives to fight another day.

Who is VR’s nemesis? Rather than baddies within the EU, I think we need to cast our eye a little more to the west. Perhaps to California. The trouble is that VR can’t rely on James Bond. She prefers to rely on an EU Regulation, developed by her team of officials. So, she is left with relying on what appears to be a complicated set of mechanical rules, which can, in certain circumstances, result in a pretty perverse set of outcomes. And I don’t think I could be accused of giving anything away if I were to predict that the next draft of this proposal will undoubtedly look very different to the current version. At the end of the process, this draft Regulation will turn into quite another beast, and will almost certainly return to amaze us all in quite a different form.

Now, if I were given a choice of seeing another 007 movie, or a movie featuring the mighty draft General Data Protection Regulation, I know in which direction I would be heading. I like the British sense of humour and the witty comments (no evidence of which appears in today’s blog). I like the casual way that both James Bond and JD deliver their often self-depreciating lines. You don’t get that when you listen to VR and you read the draft Regulation. Those grandiose sound bites and overlong texts are designed for a larger stage. I like my action a little bit grittier.

Don’t get me wrong. I also want to root out the evils that are being hatched in the shadows of cyberspace. But, in terms of effectiveness, I feel the assets that JD had available to her in Skyfall last night are vastly superior to anything that might ever be made available to VR.