Are they still celebrating in the streets of Uruguay? 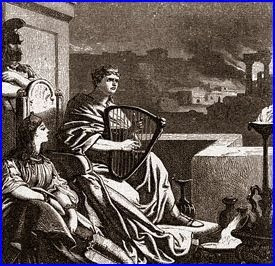 In a move that advances the interests of the European data protection community by (probably) less than a millimetre, the Article 29 Working Party has recently opined on whether Uruguay’s laws are sufficiently “adequate” to allow them to join that great community of countries outside the EU whose data protection laws have also been officially assessed as “adequate”.

But hurrah – the Article 29 Working Party has taken it upon itself to address the data protection climate within Uruguay, and it has concluded that the climate does indeed meet the EU’s standards.

So, let those data flows keep flowing to Uruguay.

So who's "adequate" now? Well, the European Commission's list comprises Switzerland, Argentina, the Bailiwick of Guernsey, the Isle of Man, the Bailiwick of Jersey and Canada (as long as the recipient of the information is subject to the Canadian Personal Information Protection and Electronic Documents Act).

Israel is likely to be next. There are a few formalities that need to be gone through before Israel is actually on the list, but none of these formalities will affect (or matter to) anyone outside the European Parliament. The Article 29 Working Party has already had its say (and has finally said "yes"). We will now stifle our yawns and wait for the inevitable to happen.

Then, the European Commision will consider adding Uruguay to its list. Of course, it will first ask the European Parliament first for its views on the matter, but as there is no formal requirement for the European Commission to actually accept those views, it won't be too long before Uruguay makes it all the way, too.


If anyone else is inclined to glance at the Working Party’s “Opinion 6/2010 on the level of protection of personal data in the Eastern Republic of Uruguay”, adopted on 12 October 2010, then feel free to point your browser to:
http://ec.europa.eu/justice/policies/privacy/docs/wpdocs/2010/wp177_en.pdf