And now they’re being serious 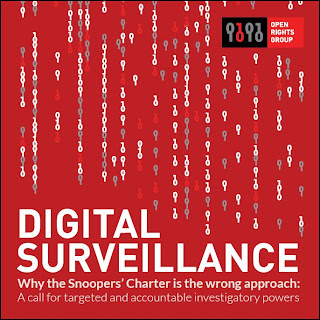 Yesterday, the Open Rights Group adopted a more serious approach to address the issues faced by the law enforcement community, by publishing a report on digital surveillance. Written by a number of people who also gave evidence to the Joint Committee on the Communications Data Bill last year, it calls for more targeted, more transparent and more accountable surveillance laws, and offers a number of recommendations for how to achieve this.

It’s always useful if people who oppose various measures offer alternative suggestions. And this document certainly does indicate that the civil society groups who opposed the Government’s previous proposals are keen to continue the discussions about sensible surveillance laws in the digital age. The calls are for greater transparency, greater accountability, and greater oversight. Just how this can be achieved, while not drawing too much attention to significant capability gaps that might be exploited by criminals before they can be plugged, is an issue that requires careful consideration.

Some investigators may feel uncomfortable that these groups have very different views to their own on what techniques are necessary in today’s society. But these views do need to be considered by the Government – and when they are felt they are inappropriate, explanations should be provided as to why this is considered to be the case.

This report provides a useful way of continuing the debate. Some of the recommendations are unlikely to be implemented – for reasons which, perhaps when they have been made public, will be accepted by a large number of people.  But it’s always useful to maintain amicable and constructive discussions between all stakeholders on matters as important as these.

The ten recommendations are: