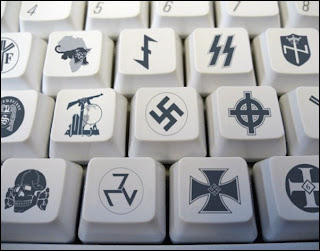 Privacy is not an absolute. Privacy has its limits. No-one really wants cybercriminals to operate with impunity, or for them to live anonymous lives “because of data protection”.  Likewise, no-one wants to live in a surveillance society if there aren’t sufficient safeguards to guarantee that the vast majority of honest, decent, citizens can live private lives, free from state interference. And a “terrorist” to some is a “legitimate freedom fighter” to others.

Drawing the line is hard. Digital evidence that leads to a criminal either exists, or it does not. Once deleted, it can’t easily be recovered.
I was recently moved by Christopher Wolf’s latest contribution to this issue. In an article discussing curtailing hate speech on-line, he concluded: “In the privacy world we populate, the debate usually is how to strike a balance between commerce and privacy, or law enforcement and privacy. In the world of hate speech, the balance between anonymity and its useful role in free expression and the harm anonymous hate speech can cause requires a careful look at circumstances when privacy needs to give way to reducing the increasing instances of online hate.
Words of hate lead to acts of hate. And as important as words are, it is vitally important in this mournful season of explosions and loss to address the hate underlying the tragedies we experience all too often. As a privacy lawyer and a privacy advocate, when it comes to hate speech, privacy may have to take backseat."

In Britain, we are likely to see more public debate around this issue, when the Government introduces a Communications Data Bill for scrutiny by Parliament. Depending on whom you believe, this measure is either an unwarranted intrusion into the private lives of citizens, or it is a proportionate and necessary step in the fight against terrorism and serious crime.

Is there much more that can be said on this issue?

What is just as interesting as what is being said is who is saying it. A casual observer would easily be able to search the internet for articles which criticise many aspects of what is known of the Government’s proposals, but they would be quite hard pressed to find many articles by people who actually support them. Can it be the case that these proposals have too few friends, or is it the case that the supporters lack the inclination to be as vocal in their views as are the opponents?

Organisations like Big Brother Watch, Privacy International, the Open Rights Group, Liberty and Justice have certainly got their act together, and they have developed compelling arguments and have assembled a wide body of evidence to support their own positions. In a mature democracy, when Governments consider measures that threaten traditional notions of privacy rights, it is necessary to rigorously challenge the Government’s intentions.   So I don’t criticise them for what they have done.

What does strike me as odd, however, is the one-sided nature of the public debate.  Where are the bill’s supporters, and why is it that their voice is hardly heard? Presumably, supporters do exist.

I don’t think it’s mainly the media’s fault that the debate has been so one-sided. I don’t for one second believe that there is a media-inspired conspiracy to smother the supporters. I just don’t see much evidence that the supporters are overly keen on liaising with each other or, more importantly, engaging in the sort of public debate that their opponents are enjoying.

Perhaps, in due course, we might hear from the national charity Victim Support. Do victims of crime have any views on the tools that should be available to public officials to investigate crime?

Perhaps, in due course, we might hear from local Police and Crime Commissioners.  These newly and democratically elected officials might well have some views on the resources that ought to be made available to police investigators. They are, after all, charged with challenging their local police forces to deliver value for money for the taxpayer, ensure that all public services work together to prevent crime, seek swift and sure justice, and reduce offending. As they focus on goals to reduce key crimes, improve public confidence in the police, and reduce costs, perhaps by using innovative technologies, surely they must be developing their own views on what surveillance techniques are appropriate and what are not.

Perhaps, in due course, we will also hear more from the surveillance regulators, as it is they whom the public will expect to guarantee that appropriate safeguards are in place, and that state officials who abuse their position are properly punished.

Perhaps we will not hear from many of the supporters, and the forthcoming Parliamentary debate will be characterised by a stream of criticism from those who have already developed a voice and are not afraid of using it.

Or will the Government get so spooked by a lack of vocal public support that it will decide not to proceed with new legislation at this stage? I hope not. Even the opponents probably have so many issues with the existing law that they would welcome an opportunity to change it.