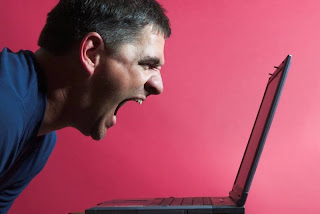 Those following the progress of the Communications Data Bill have had a busy week.  It started with media stories of Ben Hammersley, a Number 10 technology advisor warning of “disastrous consequences” should what he thought he knew of the Bill be passed. Then, reports emerged that various civil liberties groups had complained that they had not been properly consulted on any revised proposals, and that a group of 10 leading academics had written to the Prime Minister urging the Government to abandon the Bill and to work with the technical community and the police to devise an another approach which meets the needs of the law enforcement community.

The week continued with stories of various Coalition MPs (including Rt Hon David Davies MP, Nick de Bois MP, Dr Julian Huppert MP and Dominic Raab MP) expressing their opposition to what they knew of the proposals, and it culminated with the Deputy Prime Minister making some broad policy statements in his weekly radio programme on LBC Radio on Thursday, and subsequently more detailed comments in an article in today’s Daily Telegraph.

A close reading of today’s article reveals that while the Deputy Prime Minister has concerns about some aspects of the Government’s proposals, he is not suggesting that nothing should be done. Indeed, there is plenty that could be done that politicians from all parties would probably welcome, as would (most of) the civil society groups, and the public at large.

So, while there is disagreement on the need to store web logs, for example, there appears to be little significant disagreement on other aspects of the Government’s proposals, such as the need to address the problem of identifying devices that share IP addresses; to review which public authority investigators should be able to access communications data;  and for what purposes; to acknowledge the important role that specially trained “Single Point of Contact” officers play in the data acquisition process; to review the important role that the Interception of Communications Commissioner and the Information Commissioner should play in ensuring that the safeguards against abuse are adequate; and to consider the desirability of new criminal offences for misuse of communications data.

Britain is not the only country to face the need to develop legislation in this sensitive area. But, it is one of the first to be open about the challenges that internet communications present to the law enforcement community. Parliaments in Australia, Canada and America (to name but a few) are following this British debate very closely. What is agreed here could well be introduced over there.

Something needs to be done. And soon. So, I very much hope that the Government shortly places before Parliament a Bill that deals with the (relatively) non-controversial elements of its proposals, while at the same time entering into a more intensive dialogue with representatives from industry and civil society to achieve what the Deputy Prime Minister terms “a wider constellation of support” in respect of the elements that evidently do require more debate.