Is Viviane Reding telling us the truth? (Or has ‘The Guardian’ got it wrong?) 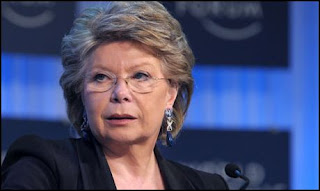 Owen Bowcott, in today’s on-line edition of The Guardian, has written an article about whether the “right to be forgotten” provision in the draft General Data Protection Regulation actually means very much.

He quotes, for some reason, however, a claim by Viviane Reding, Vice President of the Commission, that:  "This piece of legislation is one of the biggest market-openers of the last few years. It eliminates 27 conflicting rules [one for each EU state] and replaces them with ... a mechanism for the whole continent. This means saving €2.3bn (£1.9bn) a year.”

It would be great to nail this “savings” claim for once and for all.

So many people have challenged the claim that I don’t have the energy to list them anymore. But statistics (even those reported in The Guardian) do tend to get repeated endlessly around the internet.

And we all know how hard it is to remove or correct them following their initial publication.

If I were a zombie from Outer Space reading Owen’s report, I would be left with the impression that the British Government was opposing a measure that would save European data controllers some €2.3bn a year.

I don’t know anyone who believes that claim – so please, can a group of independently minded folk pop over to the pub this lunchtime and jot down on the back of an envelope a set of more credible figures for us all to appreciate?

And, if the outcome is that these proposals actually result in a saving of €2.3bn a year, then I will gladly eat my hat and do my best to ensure that the British jury award Viviane Reding’s home country Luxemburg the maximum “douze points” in the forthcoming Eurovision Song Contest.