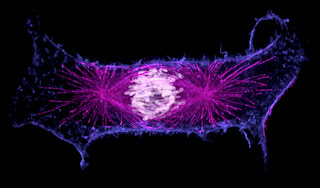 I had to check today’s date after reading the report in the Sunday Times. Apparently, the Labour Party has been sending cancer patients mailshots saying that their lives may be at risk under a Conservative government. Surely this can only be an April Fools Day story. Does anyone seriously expect me to believe that the Labour Party has been processing what we data wonks term “sensitive personal data” for unlawful purposes? Surely, if this is true, someone needs to be locked up for thinking of such a horrific wheeze. Oh, of course, the Ministry of Justice bottled out a couple of months ago and couldn’t bring itself to introduce custodial penalties for the most serious infringements of data protection law. I can see why they bottled out, now. (Just kidding!)

There has to be more to this story. There is a General Election after all, so you would expect a bit of rough and tumble between the parties (although, of course, no dirty tricks). So what else does the article, written by Chris Hastings, Maurice Chittenden and Nyta Mann say?

Well, Andrew Lansley, the Shadow Health Secretary, is quoted as saying: “It is shameful that the Labour Party, knowing that we are the only party that is going to increase investment in the NHS, have decided to deliberately scare patients and misrepresent what we have said.

“I’m actually rather shocked that they are trying to target breast cancer patients and alarm them by making up stories about what the Conservative Party would do.”

"I think Andy Burnham, the Health Secretary, should write to every woman Labour sent these cards to apologise and withdraw these claims.”

Cards addressed to sufferers by name warn that a Labour guarantee that patients will see a cancer specialist within two weeks would be scrapped by the Tories. Labour also claims that the Conservatives would end the right to be treated within 18 weeks.

Labour reacted furiously to the attack. Mr Burnham said: "It is categorically incorrect to imply that we targeted cancer sufferers and we regret if any offence or anxiety was given to people who have suffered cancer.

“But we make no apology for highlighting the difference between Labour and the Conservatives on cancer care. Under Labour, anyone suspected of having cancer will see a specialist within two weeks. Under the Conservatives you don't. The choice is simple."

Cancer patients who received the personalised cards, sent with a message from a breast cancer survivor praising her treatment under Labour, said they were disgusted and shocked, and feared that the party may have had access to confidential health data.

Labour sources deny that the party has used any confidential information. However, the sources admit that, in line with other political parties, it uses socio-demographic research that is commercially and publicly available.

The postal campaign started last month before the general election was called. This is the first election in which parties have been able to use internet databases and digital printing to personalise their mailshots.

Labour has sent out 250,000 “cancer” postcards, each addressed to an individual, asking: “Are the Tories a change you can afford?”

Many of those receiving the cards have undergone cancer scans or treatment within the past five years.

The cards are being distributed by Ravensworth, part of Tangent Communications, which has won accounts sending out mail for the Department of Health and Cancer Research UK.

Tangent claims that it specialises in “highly targeted marketing”.

The cancer cards are part of a wider postal campaign targeting various groups.

Others are aimed at parents whose children attend Sure Start centres, pensioners and the owners of small businesses.

Labour has so far sent out 600,000 cards. It plans to distribute 4.5 million during the election campaign.

Experian, the data management company, confirmed that both Labour and the Conservatives use its Mosaic database, which divides voters into 67 groups. The databases can use anonymised hospital statistics, including postcodes and the diagnoses of patients, to identify the likely addresses of those with particular illnesses.

So how many of the 600,000 recipients of the cards were sent it because the Labour Party actually knew they had cancer? Or were they simply targeted to votors living in areas that had a higher than average proportion of residents who had reported a history of cancer? I’m sure we’ll be told soon.

And if it appears more likely that the mailshot was simply sent to lots of people who were likely to have had cancer (because they lived in an area that had experienced an unusually high percentage of residents living with cancer) then I’ll have to think carefully about the credibility I give to anything else I read from the journalists Chris Hastings, Maurice Chittenden and Nyta Mann. After all, soon, Rupert Murdoch will be inviting me to subscribe to the timesonline so that I can read this stuff.

Would I really want to part with decent money to read more like this? Or should I stick to my horoscope subscriptions?

[Today’s image is a close-up image of a cancer cell, caught in the act of dividing, which won an international photography prize in October 2005. It was taken by Dr Paul Andrews, from the University of Dundee, using a digital deconvolution microscope. The image shows a cancer cell dividing its chromosomes (shown in white) into two new cells.]
Posted by Data Protector at 06:51