MPs give their digits to the Digital Economy Bill 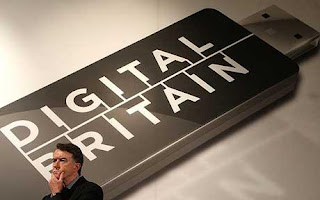 MPs were given an opportunity to show their interest in the Digital Economy Bill by attending today’s Parliamentary reading. And, according to The Telegraph, at its peak turnout, only 40 MPs, approximately five per cent of the total 646 members, showed up to listen to the debate which preceded the vote.

It’s not that often that a piece of legislation which has generated so much public comment gets so little Parliamentary attention. But don’t blame the parliamentarians. No, just blame the timing of the election. Nothing to do with the business managers of the House. Oh no.

Changes have certainly been made to the Bill today. But with a meat cleaver rather than a scalpel. There simply hasn’t been time to properly consider all of the clauses. There simply hasn’t been time even to read the document aloud from cover to cover today. After all it’s a big Bill. And there are more important matters to attend too. Didn’t you know there was an election on?

Does anyone really care? Probably not, as the debating chamber of the House of Commons has long since ceased to exist as a place where Parliamentarians listen to passionate debates and make their own minds up on the basis of the speeches they had just heard. With the obvious exception of the weekly Prime Minister’s Question Time, there are usually more people to be found in any of the Reading Rooms of the British Library than there are on the floor of the House.

In that case, perhaps the party leaders have done us all a favour. No need to wait to listen to a bunch of politicians pontificating before the inevitable vote is taken, resulting in a decision so many knew was going to be taken anyway. Why not do us all a larger favour next Parliament, say by ensuring that while Parliamentary debates could be held during the week, all Parliamentary votes were reserved for a special time, say between 3pm and 5pm every Wednesday. That way, the Parliamentary whips need ensure that their MPs needed to be rounded up just the once, and then those that wanted to, could “return to their constituency work” for the remainder of the week. I think that’s how the European Parliament works, and it doesn’t seem to have done much damage to that institution...

Parliament, thanks to the sterling efforts of Lord Mandleson, has legislated, and HM Queen will shortly be conferring her Royal Assent.

So, will anyone be pay attention to the will of Parliament? What if the legislation, as written, really isn’t fit for purpose? What if it doesn’t deter those nasty illegal file sharers? What will happen next?

Time will tell.
Posted by Data Protector at 13:26