Hanging by its fingertips 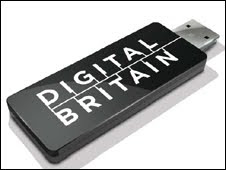 As I write this blog, the Digital Economy Bill is awaiting its fate in Parliament. Today , the Bill had its Second Reading in the House of Commons. This occurred shortly after HM Queen graciously consented to the dissolution of Parliament, which will occur next Monday. So here it is. After many months of behind the scenes lobbying, and 3 months of deliberation in the House of Lords, MPs will get just a few more Parliamentary hours to offer their considered views, before they create a legislative instrument that’s fit for purpose. How much of the Bill will actually make it all the way to the Statute Book before the General Election?

My interest in the Bill is in the bits that will set out how the government intends to give itself powers to deal with current – and new and unforeseen - methods of copyright infringement. Including, possibly, a right to block access to websites. And the investigator in me wonders just how the Government will create powers that may enable copyright owners to demand information about the identity of the subscriber of a particular device that had logged onto a particular website, particularly when there appears to be no corresponding obligation on the part of all relevant Internet Service Providers to retain details of the websites its subscribers accessed in the first place.

Lots of smoke and mirrors. But “something” must be done. And before Parliament is dissolved. So it needs to be done quickly. In what’s quaintly called the “wash-up” session. Not much in the way of public debate. Think of backroom deals, not democracy on display. Their Lordships didn’t appear to manage to come up with a workable and affordable solution while it was kicking around their chamber. Perhaps the MPs can be sufficiently ingenious to conjure up a workmanlike solution in the few Parliamentary days that remain.

But will whatever is done actually do the trick? Will it really reduce the amount of copyright infringement going on, or will it encourage the infringers simply to adopt slightly different tactics to avoid detection and continue to share whatever it is that they want to share anyway?

What does the Pirate Party think? I really ought to take a squint and report back.
Posted by Data Protector at 13:27