The next data protection Peer is ... 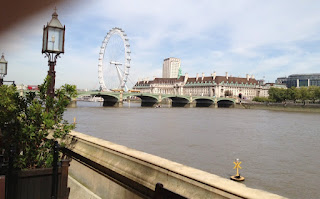 I enjoyed a most agreeable lunch yesterday on the terrace of the House of Lords.

It made me wonder when the second ever peer with real experience in the glorious art of data protection will be created.

In case you had forgotten, it is the Sovereign, on the advice of the Prime Minister, who formally confers all peerages. There is no statutory limit on the number of new peerages, either. The House of Lords Appointments Commission makes recommendations for non-party political peers and vets those nominated by the political parties.

In addition to the life peers, there are 26 Lords Spiritual and a further 92 hereditary peers who are elected to sit in the House by all of the hereditary peers. And, to further complicate matters, there are a few Law Lords who have been appointed under the Appellate Jurisdiction Act 1876.

So, what’s the process?

Well, following the passage of the House of Lords Act 1999, the Appointments Commission commenced work and the first group of non-party political peers became peers in 2001. Since then, some 61 new appointments to the Crossbenches have been made in this way. Is it a respectable number? Well, you decide. Hint - Between the time that Tony Blair became Prime Minister (May 1997) and June 2012, a total of 530 peerages were created.

If the Government is going to take all this data protection malarkey seriously, it will need to consider just how many data protection peers the nation ought to have. One probably isn’t enough. It needs to set a good example to us all. Unless, of course, the message it is really trying to send is that data protection isn’t that important at all really, because if it were then there would be more experts in the House of Lords who could use the platform to impress upon the nation the benefit of their wise experience.

It matters to me, certainly. We need our ermine-clad Lords of data protection, so that the subject matter can be accorded the status that the European Commission would surely wish it already had.

Who will join the current gang of one? Who will end up keeping Lord Allan of Hallam (yes, he of Facebook fame) company on a long winter night in the chamber? Co-incidentally, Lord Allan’s appointment was announced in the same list that featured former MP John Prescott, former Met Police Commissioner Sir Ian Blair, and former presenter of the BBC's legendary children's programmes, Playschool and Playaway, Floella Benjamin.

And when will this next appointment be made?

If I were a betting data protector, I would bet that this will happen in my lifetime. Or, to phrase it in the style of the Ottowa Express, who mourned the passing of that great actor Nigel Hawthorne, whose portrayal of Sir Humphrey Appleby GCB, KBE, MVO, MA (Oxon) in the British television series Yes Minister and Yes, Prime Minister: “While it would be premature to commit ourselves to a definitive position on the merits or even the existence of such a proposal, a committee is being struck to consider the possibility of a decision, in the fullness of time, to make recommendations , if any.”

And who will it be? Well, I have a few names I would be happy to propose, but I know that any public support from me is likely to greatly blight their chances, so I won’t go on the record just yet.

If anyone else has any bright ideas – please feel free to contact me in the usual manner.

Also, please let me know if you spot a discrete advert in The Times for someone who frequently uses both their mastery of the English language and even their superb grasp of Latin and Greek grammar to perplex their audience and to obscure relevant issues under discussion. It would, apparently, be desirable for the successful candidate to use language as a tool of confusion and obstruction in a way that is so deeply ingrained that they are sometimes unable to speak clearly and directly even in circumstances in which they honestly wish to make themselves clearly understood. They should genuinely believe that they know what the average person needs, and be the most qualified person to run the country.

Sources:
With more than a nod to those great folk at http://en.wikipedia.org/wiki/Humphrey_Appleby, whose work I have lovingly plagiarised in the latter part of this article.
House of Lords Library Note LLN 2012/023