Will EU ministers just get 3 minutes each to negotiate the DP Regulation? 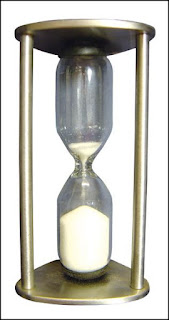 Keen followers of the current debate over the quality of EU decision making, and the size of the EU’s budget for 2014-2020 will know how the current discussions are being handled. And they may be tempted to assume that if this much care is being given to ensuring that all Member States have enough time to comment on a matter as important as the budget, then it may indicate the time that EU ministers will be given when debating other important issues. Like the future of data protection.

Anyway, scholars of this stuff will be impressed that Cyprus has recently tabled a 48 page paper setting out a ‘negotiating box’ for the European Union budget for 2014-2020, to be discussed by European affairs ministers early next week. According to the paper, ministers are requested to limit their presentations to three minutes.

In the meantime, Cyprus has conducted bilateral consultations with the remaining 26 EU members and Croatia, which is expected to join on 1 July 2013, collecting their “wish lists” for the next long-term budget. Apparently, the budget should be smaller, but by how much and who suffers most has not yet been agreed. A special EU summit on 22-23 November will take the budget discussion for the first time at the highest level.

I wonder what this means for the future of the data protection discussions.

Evidently, bilateral consultations will continue with as many people as possible, but what happens then?

I have a bright idea.

Rather than limit each minister to a 3 minute intervention, each Member State should register their position on the Regulation (and the law enforcement directive) by way of a sonnet.

Ministers would then get their chance to deliver their sonnet, in true X Factor style, on live eurotelly. The jury would comprise Christopher Graham, Peter Hustinx, Cheryl from Buck’s Fizz and Viviane Reding (occupying Simon Cowell’s chair).

Each week, two losers would be selected who would retire to the sidelines, and the remaining bods would continue the discussions for another week before creating another sonnet.

And this could go on until for as many weeks as is necessary until it’s just France and Germany left. (The Brits will have been defeated in the sonnet shoot out in the quarter finals). I expect that the competition will result in the Germans being crowned “Princes of Datenschultz” and whoever is left doing this stuff can get on and implement whatever it was that the Commission proposed in the first place.

What do you think?

It might make a change from another few years of focused and earnest discussions.

But if this is democracy in action, then I’m not really sure I like it.