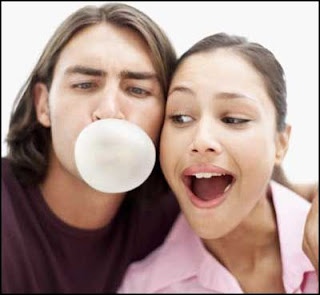 Many thanks for your email inviting me to comment on the data protection aspects of the proposal that your company hide a tracking device inside several sticks of chewing gum, so you can reward some purchasers with a starring your very own TV add and a £10,000 prize. I’m not sure what advice Nestle received when they thought of trying the same trick with people who bought Kitkats, but here are a few of my thoughts, anyway.

To comply with the fair obtaining principle, please use a huge notice to warn people that they may be tracked down if they purchase and open this stick of gum. Lots of people get really excited when they are told that they live in a surveillance society, so you’ve got to deal with their fears as directly as you can. Tell them that the whole purpose of the exercise is to give them £10,000 (and you lots of publicity), and that it’s not to track them down simply because they might have done something wrong.

Next, make sure when that you stage the “gotcha” stunt, you keep the media away from any embarrassing location – such as an STD clinic or a needle exchange. Some people get awfully sniffy about being caught in the wrong place.

If the person you actually locate is a minor, though, be really careful. It might not be lawful to give them the money, as they might not have given sufficiently valid consent to be tracked in the first place. Think about giving the prize to their parents (who may also be quite pleased that they finally know where their kids get to in the evenings, anyway). Or, to a lawyer of the children’s choice, so they can defend a counter claim from the parents for their share of the cash.

Be very careful at staging the “gotcha” stunt anywhere near where the target lives. British judges are pretty cool these days with the prospect of homeowners using whatever force they can muster to fight off robbers. So make sure those boom microphones look nothing like rifles. If they do, the on-site medic’s likely to be pretty busy. I wouldn’t like it if my front door was smashed in by a team of what I took to be professional thugs. Or by people dressed in boiler suits with your corporate logo tastefully sewn into the breast pocket. I might think it was an ICO dawn raid – again.

And whatever you do, keep the GPS-enabled packets of gum well away from the Germans. Actually, you need to abort the exercise if the target makes it past the German border. Their regulators can get really upset with location services. It doesn’t seem to matter that much whether German customers want location services – if German regulators don’t think they’re acceptable, and especially they the users haven’t read and signed long enough consent forms, then it’s all over. So, make sure the label contains a prominent “Not to be bought by Germans” notice. That will cause a bit of fuss – but think of the attendant publicity! You’re not acting in a racist manner, but simply to protect their best interests.

Finally, when you’ve completed the stunt, please turn the tracking devices off. There’s nothing more embarrassing than collecting huge amounts of information for no purpose whatsoever. This additional information will never be useful “just in case”. Just move on to the next project.


PS. Please also include a prominent notice on the packet warning customers of the dangers of swallowing GPS tracking devices. They contain metals which, if injected in significant volumes, cause the Health & Safety teams get quite excited.