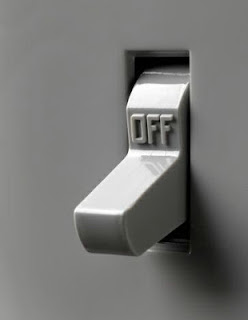 “Ladies and Gentleman, I have done it.”

With similar words, EU Commissioner Viviane Reding unveiled her proposals for a comprehensive reform of Europe’s data protection at a press conference in Brussels, back in January. My announcement, made at noon today at the Clock Tower in Crouch End, heralded a totally brilliant idea that might be just as important as anything she could be saying this year.

My revolutionary concept offers those who are concerned about such stuff a total guarantee of privacy. It protects people’s digital assets, has been designed to be absolutely fool proof, and has been tested by teams of privacy auditors, all of whom have arrived at the same conclusion.

I do have one warning about its use, though. Because it works so brilliantly well, there are powerful side effects that users have to be prepared to deal with. These side effects aren’t harmful (or immediately life-threatening), but over time the risks to the user’s health and happiness may deteriorate to such an extent that their quality of life may be adversely affected. If this is the case, it is my recommendation that users withdraw from the plan.

What is this brilliant idea? And why hasn’t anyone thought of it before?

Well, plenty of people have probably thought of it before, but I expect that it’s been dismissed out of hand. Like the time when the dragons in the BBC TV series “Dragons Den” dismissed as ridiculous the concept of selling wine in plastic glasses, rather than in bottles, so they could be readily consumed at picnics and other outdoor parties. It’s the dragons that are looking a bit ridiculous today, not the very successful entrepreneur whose pitch was so readily trashed.

Anyway, pack to the plot.

My cunning plan enables everyone to safeguard their digital assets. No more nasty behavioural advertising, or pointless cookie policies to click through. In fact, nothing more to click through at all. No clicks.

It’s an off switch.

Yes, after years of research, my team of crack researchers have realised that they only way to safeguard ones privacy in a digital age is to leave it. Do not live your life on-line. Return to the good old analogue days, where you mowed the lawn, washed the car, and popped down to the pub, rather than spend hours searching for satisfaction on an electronic screen.

Let’s be honest with each other. The thought that people can both live in a digital age and expect their privacy to be fully respected is, well really, pretty improbable.

Almost as improbable as the thought that the European Commission might propose a Regulation on the issue, and believe that everyone would respect it.