(Not) another message from the Commission? 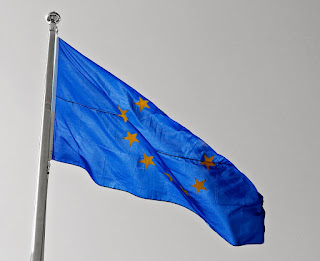 If I were an oik working in the offices of DG Justice at the European Commission’s offices in Brussels, constantly on the lookout for inspirational things that Commissioner Reding might want to say to members of the Article 29 Working Party, this is the sort of draft I might be working on at the moment:

You need to know that I’m not very happy. I keep looking for media stories of horrific tales of data protection disasters all over Europe, and there just aren’t very many of them. This is absolutely not good enough. How am I supposed to ram through a fundamental restructure of European data protection legislation if you lot can’t keep up by supplying the stories as to why these reforms are necessary?

Top marks are currently being awarded to the Brits where, thanks to the cuts in public expenditure, hospital units are being closed down, and people are forgetting to chuck away the old hospital records when they wheel the patients away from the old wards. Enterprising journalists pop in a few weeks later, and bingo! This gives the ICO the brilliant opportunity to issues press releases and consider fining them, etc, which puts further pressures on public finances, and probably results in even more hospital units being closed.

So, if the Brits can do it, then why can’t the rest of you?

I want action and I want it fast. I want to see you all issuing press releases and taking whatever regulatory action local rules allow. I want everyone to feel the pain that the great unwashed must evidently be suffering as their fundamental human rights get trashed in this awful way.

I’m fulfilling my side of the bargain. I’m trying to keep the new data protection rules as complicated as I can, so you can justify the call for additional resources for your own teams to work out what effect the new rules are actually going to have, and how you can best apply these new rules in your own countries. I’m spearheading a data protection job creation scheme to reduce levels of unemployment in Europe. But for that to work I need masses of grateful voters. National Governments have plenty of other priorities to fund. Like healthcare, education, housing and the economy.

The data controllers are already squealing about the costs of implementation of the current proposals, so it’s time for Europe to experience a counter protest from voters.

The IAPP Brussels conference is coming up next month – and I don’t want anyone querying our cunning plans at that event. You’ve all got to head off allegations that we’re over extending ourselves, by finding more reasons for us to be right.

You have been warned.

I don’t want people spreading awful rumours to the effect that the only real problem European data protection has is that there are a bunch of clueless plebs trying to regulate it.

That is vile and wicked and plain wrong.

We’ve all got lots of bright ideas and we’re all going to work together to implement as many of them as is humanly possible.

So, in the meantime, I want at least one really bad news story to be printed in at least one of your national newspapers in each country each month – otherwise you will be hearing from me.


PS. After re-reading this draft motivational speech, I do appreciate that a few lines may well need to be tweaked before anyone in DG Justice would consider offering it to Commissioner Reding. But I’ll leave it to others to remove the less acceptable bits. She is, after all, a marvellous lady with a great sense of humour.