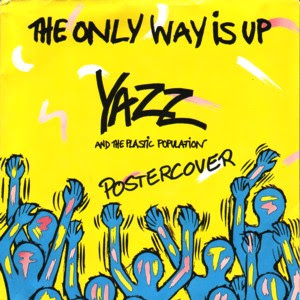 I’ve had this great idea about how our chums at the ICO could prepare a brilliantly fresh way of putting their message across that data protection standards really do need to be improved.

It’s clear that media interest in reporting the press releases that announce yet more fines against data controllers that can’t afford to comply with the current set of rules is waning.

So, deep in the bowels of my think tank, a focus group has given my idea the green light. Next, I need to attract the help of some media-thingy interns that have been let go from the BBC when it had to make budget cuts following the hugely expensive move from London to Manchester. Why? Because my cunning plan involves the ICO creating its own in-house TV production company to develop and distribute a new TV series.

Provisionally called “The Only Way is Wilmslow”, it will feature a team of Wilmslow’s finest, going about their daily work, armed with head cams to capture all those special moments.

Like the time someone put rabbit food rather than coffee grounds in the coffee machine on the second floor, and it actually tasted better.

Or the time when the inspectors visited the data protection desk grunt at some borough council in the midlands, and the door handle came off in their hands when they left. Some security measure that was.

I think this is a really promising idea.

The public need to know what good standards look like, and why so many shoddy practices are permitted to continue. If it’s all about the protection of personal data, then we ought to personalise it a bit more.

We could see worried local authority Chief Executives, surrounded by budget projections predicting imminent doom and gloom, discussing the finer points of where to site the Council’s only remaining fax machine. We could see the effects of co-locating the child support teams with the grants, repairs and insulation teams. And what happens when a part time administrator covers for both.

And we could have a You Tube spin off, featuring 30 second snippets of the greatest-ever out takes. Like the time when a senior investigator was sick after having coughed down a curry too quickly. At their desk. Or, when an angry pensioner superglued their hands to the front door of the office, in protest that the ICO wouldn’t fine a data controller that had been behaving badly and hadn’t fully replied to a Subject Access Request within the statutory period.

Of course, these events won’t have happened yet – the producers need to wait until the cameras start to roll before the more outrageous behaviour starts.

The focus group also considered whether the filming should take place just a few days before transmission, or whether it should be a “fly on the wall” model that follows particular issues from start to finish. I prefer the “few days before transmission” technique. I mean, can you imagine how long we would have to wait if the producers were, say, to do a programme based on the discussions about the proposed General Data Protection Regulation? Think of the continuity problems. Not only do fashions (and haircuts) change as the years go by, but so do so some of the ICO’s colourful characters.

The next step, I suppose, will be for my media-thingy interns to get the concept signed off with Andrew Rennison, the newly appointed Surveillance Camera Commissioner. If Andrew feels a bit unhappy that TV producers hadn’t thought of approaching him for a series first, he could always be offered a spin off in the event that “TOWIW” is a roaring success. Anyway, as he was only appointed on 14 September, hardly anyone knows him. Lots of people have heard of the Information Commissioner and his team.

Suggestions on who should be approached the perform the song for the opening credit, originally released by Otis Clay in 1980 but re-released eight years later by Yazz and the Plastic Population, should be forwarded to me at the usual address.

... My money is on Gareth Malone and the ICO Choir.