The Commissioner takes on the Labour Party this time – and wins ... 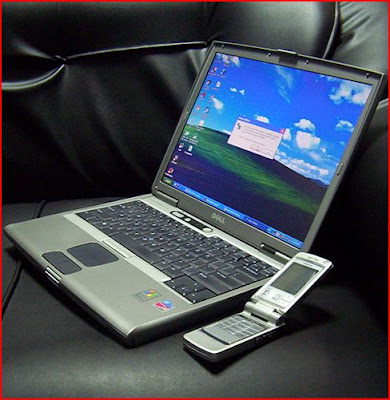 Those with eagle eyes will have noticed the ICO’s recent victory over the Labour Party. It shows his independence and gives the lie to the charge that they’re all a bunch of lefties up in Wilmslow. No, they’re independent of political persuasion, and are happy to issue enforcement notices to political parties of any colour. This may be one reason why they’re always starved of resources.

It appears that in July 2007 the ICO received a complaint from a member of the public that he had received an automated marketing telephone call from the Labour Party despite never consenting to receive such calls. The call allegedly consisted of a recorded message from the former Coronation Street actress Liz Dawn. After reviewing the transcript, the ICO advised the Labour party that it would constitute direct marketing; Labour subsequently agreed to stop making these or any similar calls.

However, in June 2009 the ICO received further complaints. The Scottish National Party and a member of the public reported that unsolicited automated calls, consisting of another recorded message from Liz Dawn, had been made encouraging recipients to vote in the local and European elections. The Labour Party confirmed that the calls were made to approximately 495,000 recipients, in what were believed to be Labour supporting areas, and that the majority of numbers were obtained using commercially purchased lists.

In a press release dated 9 February 2010 David Smith, Deputy Information Commissioner, said: “The ICO has consistently made clear that the promotion of a political party counts as marketing. We have previously issued detailed guidance to all major political parties on this subject. The Labour Party has breached privacy rules by making automated marketing calls to individuals who have not consented to receiving such calls. The fact that the calls were targeted at what were believed to be Labour supporting areas confirmed our view that they were designed to promote the Labour Party’s electoral cause by encouraging Labour supporters to vote. Automated calls can cause annoyance and disruption which is why it is so important for organisations making such calls to gain the consent of individuals.”

This sort of action is not new – either by the Commissioner or the political parties.

In 2005 the ICO issued updated guidance to political parties about their legal obligations, but still found it necessary to serve enforcement notices against the Conservative Party and the Scottish National Party that year, and three years later against the Liberal Democrats. In all cases, the parties had made unsolicited automated marketing phone calls to members of the public who had not given their consent to receive them. Failure to comply with an enforcement notice is a criminal offence and could lead to prosecution.

I suppose the wider problem comes in determining what is a marketing message which people are entitled to object to, and what is another form of communication, say a service communication, which they can’t object to receiving. Automated voice calls can be a nuisance, if you have to listen to them, but I wonder whether the same standards would be applied to emails and other communications sent electronically. I suspect that what Mrs Merton may term “a heated debate” will continue for some time over whether a particular communication falls into either category. The test, I suppose, will depend on whether the person sending the communications already has any sort of existing relationship with the recipient. And where there is a relationship with the recipient, then it would be helpful to set out what the recipient can expect to receive from the sender, and what rights exist (if any) to exercise any communications preferences. Would it be different if the communication were sent to a laptop rather than a phone?

The ICO’s position stems from a pretty loose statutory definition of marketing in the Data Protection Act. As it helpfully sets out in its latest enforcement notice, “Direct marketing” is defined in section 11(3) of the Act as “the communication (by whatever means) of any advertising or marketing material which is directed to particular individuals”. The Commissioner considers that the term “direct marketing” includes approaches made by political parties making appeals for funds or support, or otherwise for the purpose of promoting the party.

Is this approach followed in other jurisdictions? For inspiration, I had a quick squint at the privacy policy of a well respected catholic organisation in America, to see how they made their practices clear to their followers. Catholic Online LLC is based in Bakersfield, California, and tries to be pretty transparent about what rights it's subscribers have:

• Catholic Online, LLC does not provide any personal information to the advertiser when you interact with or view a targeted ad. However, by interacting with or viewing an ad you are consenting to the possibility that the advertiser will make the assumption that you meet the targeting criteria used to display the ad.
• Catholic Online, LLC advertisers include financial service providers (such as banks, insurance agents, stock brokers and mortgage lenders) and non-financial companies (such as stores, airlines, and software companies).

You can edit your Catholic Online, LLC Account Information, including your marketing preferences, at any time.

I think this is a great example of an organisation that is trying to set the expectations of its subscribers. It makes it clear that subscribers don’t have rights to object to receiving service announcements and administrative messages while they remain subscribed to the service.

I’ll look for evidence of other organisations copying this initiative.
Posted by Data Protector at 04:24