Safeguarding your home against state intrusion 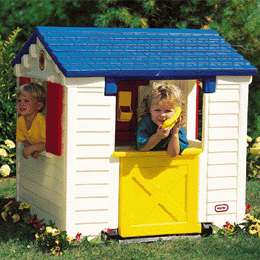 The BigBrotherWatch team hosted a bash at their new offices in Westminster last week, during which a number of speakers raised their concerns at the ease in which so many state officials could access the most holy of holies, the most private of private spaces – yes, the Englishman’s very own home. There are, apparently, well over 1,000 separate rights of entry that public officials can exercise should they need to access someone’s home. Most of these rights were conferred without any reference to previous rights, so there is a great deal of confusion (in the minds of some lawyers, at least) as to when some powers can be exercised, and when others can’t.

The irony of the situation is that it requires, believe it or not, policemen to adopt higher standards of transparency, supervision and accountability than council officials, when it is judged necessary to enter someone’s home. The police, for example, can’t enter someone’s home merely to measure the height of their garden hedge. But other public officials can.

"So what must be done?" murmured the crowd at the BigBrotherWatch bash. “Easy," Lord Selsdon said. “We must restrain the powers of the state.” And he explained that, to that end, on 15 January he had guided his Powers of Entry Etc Bill through its Second Reading in the House of Lords. The purpose of the legislation aim is relatively simple – to address an issue which he eloquently described (at column 720):

“Somehow, we need to simplify everything - and it is a simple matter. All powers of entry should be registered and understood, and anyone who exercises them should enter only at a certain time of day and not at weekends and not in the middle of the night, and should not knock the door down, should be courteous and friendly and have a sign that says who he is-and in big letters, because some people will not have their glasses on when they go to the front door and will be frightened about who they are letting in.”

During the 90 minute debate, Lord Brett, for the Government, set out the scale of the issue. He announced that there are, currently, “1,230 powers contained in 311 statutes and 297 statutory instruments. Since 1997 Parliament has passed 79 Acts and 220 statutory instruments contain references to powers of entry.”

However, he didn’t think that all of Lord Selsdon’s proposals were acceptable. “We believe that the present position should remain and that each power of entry ... should be seen in the context of the offence or regulatory breach that it is intended to deal with. Adopting a uniform approach across all agencies would impact on their operational effectiveness and may prevent or reduce achieving the intended aim of the power. Setting down the operational processes in a single statute or laying out a common set of safeguards and protections would mean an inflexible approach. That does not make for good legislation because it would not recognise the wide range of offences or breaches that require a power of entry to ensure effective enforcement of the law."

He went on (and on). “There are problems and difficulties that need to be addressed and the community of interest is how we are seeking to do that. We are proposing that when any new or amending powers of entry are put before Parliament, the sponsoring department must comply with a code of practice that sets out consideration of what I believe meet many of the points raised. First, there is the justification for the powers, proportionality and impact of their use .... Secondly, there are the rights and safeguards of the owner or occupier of premises. Thirdly, there is consideration of the alternatives of using entry powers. Fourthly, there are the important issues of guidance, training and the competency of those to whom powers would be granted. That is the best way of tackling the misuse of powers of entry. Fifthly, there is the issue of grievance, when people think that they have been mistreated. Whether it is a question of rudeness, lack of information or people overstepping the mark, the answer is to have a complaints procedure. Sixthly, there are the reporting and scrutiny mechanisms of the powers, and seventhly, communications and public access to the data.

Those seven conditions in the code of practice would require that the information is submitted in template format to Parliament when draft legislation is put before it. The template would be published alongside the Bill or draft statutory instrument. The code of practice would also require draft guidance-a draft copy of the notice of powers and rights and details of training requirements to be published at the same time.

We would maintain the central record of entry powers that is currently on the Home Office website. Any new or repealed powers would be added to or deleted from that list. We will shortly be launching a public consultation on how to raise awareness of existing powers and how the public can access their rights and what their expectations should be.”

As one of the contributors to the BigBrother Watch debate earlier in the week pointed out, it's another example of the transfer of what was “private space” to a “state space”, one increasingly controlled by representatives of “an authority”. Is this really what we want? To be faced with a knock on the door at any time of day, even at weekends, from someone who was not courteous and friendly and who carried no sign that says who he is-and in big letters, because some people will not have their glasses on when they go to the front door and will be frightened about who they are letting in?

In times of war or extreme threat, perhaps. But when it’s simply considered desirable to measure the height of an oik's hedge? I'm not so sure.
Posted by Data Protector at 03:46