Someone to watch over me (or you, or us, or them) 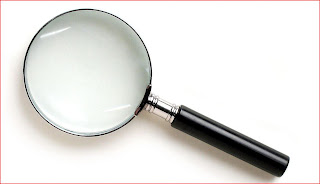 I can sleep well in my bed tonight in the complete assurance that if various public authorities suspect that I might be at risk from someone else’s ulterior motives, they may be exercising their statutory powers to put them under some type of surveillance.

I’m not referring here to techniques which require someone to plant a bug in someone’s home or their car. That sort of stuff is called “intrusive surveillance”, which I’m sure is very carefully controlled. No, I’m talking about a much more mundane sort of surveillance – say following someone in the street, or over hearing their conversations in the pub (or as they are exercising their dogs on the beach). This sort of stuff is called “directed surveillance”. And I'm confident that it's just as well controlled.

And is it just the police who need these powers? Actually no, as a lot of investigators from other public authorities also need to exercise them as they try their hardest to keep the bad guys at bay. The policeoracle.com website has recently (and very helpfully) reminded its readers just who these authorities are. I thought you might be interested. It’s all perfectly lawful – and it’s all perfectly necessary.

So if, as in the final of that old and much loved BBC TV programme The Generation Game, you were asked the following question, which was about memorising a list of authorities who might just be looking out for you, how many from the following list would stick in your brain as you walked around the set to recount them to the compere?

I couldn't remember half of them. How many could you recall?
Posted by Data Protector at 10:42