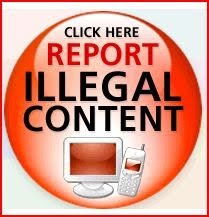 Ian is one of those academic professors who know how to sense what sort of audience is before him, and then tailor his remarks so that they inform, provoke and entertain those who are listening to what he is saying. He’s there to argue his case with a sense of humour, conviction and passion, rather than just show us all how clever he is. And his points led to conclusions I found myself agreeing with.

Ian’s view of the way the internet may need to be regulated is broadly the same as mine. We start by looking at the limits of what the state can actually do. It has a jurisdictional problem in that many of the ills on the internet lie outside the UK’s legal borders, but ways still need to be found to protect UK citizens. Fortunately, private actors, such as internet servoce providers, don’t have the same jurisdictional problems as the state. Google and Yahoo, with their global reach, can achieve results that states can’t. And, other internet service providers can, on a voluntary basis, devise to protect their users from the effects of certain types of internet content by making it very hard for them to access those internet addresses in the first place. Yes this is censorship. But we have always had censorship. Many western states have just decided, for obscure reasons, that while they don’t approve of Chinese style political censorship, it’s ok to allow the more sensible internet service providers to adopt forms of Western style cultural censorship.

A British example of such censorship is the Internet Watch Foundation, which evaluates certain types of content on the internet and, if judged illegal, helps British internet service providers ensure that their users can’t access it.

But Ian made the vitally important point that it was one thing for the state to ask private sector organisations to assist them by preventing crime (such as restricting access to certain internet sites), but a wholly different thing for the state to ask them to participate in criminal investigations – say by monitoring and reporting on what their users were actually doing. There are only several hundred web sites at any one time that are actually banned as they contain illegal material. But, for various reasons, there are millions of users who have apparently tried to access these sites. Investigating just a small proportion of these millions of users could well bring the criminal justice system to its knees. And it could greatly damage the relationship that internet service providers have with their customers. As Ian wryly remarked, “In the internet environment everyone nearly always gets upset.” I don’t think any provider wants to deal with customers who are either upset or capable of getting whipped up into a frenzy because someone has started a campaign against them.

Can we trust what ministers say about such matters? Do their statements actually reflect Government policy? It’s hard to judge, as the ministers change quite frequently and they don’t tend to feel obliged to follow their predecessors. Take a look at what some Secretaries of State for Culture, Media & Sport had to say about the same issue. In 2002 Theresa Jowell said “We don’t intend to regulate the internet.” Yet, just 6 years later, when he was doing the same job, Andy Burnham said “There is content that should not be available to be viewed. That is my view. Absolutely categorical.”

But does it matter that they disagree?

In my view, it probably doesn’t matter too much what ministers say, as the state lacks many of the tools it would like to have to ensure that it’s will can be enforced in any event. Does this mean that anarchy will thrive? No it certainly does not, as internet service providers are always capable of acting responsibly. As Ian put it, “Self regulation is a method of governance, rather than an absence of law.” And, in my view, self regulation should not be seen as an inferior method of governance to that of statutory regulation.

Sometimes, you don’t need the law to force people to do things. Most responsible people behave honourably on most occasions. So, even when the state finds itself impotent as it tries to regulate internet content, there will usually be someone else around who is more than capable of doing the job.
Posted by Data Protector at 11:24