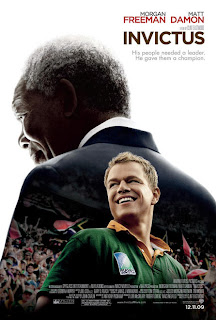 Striving for inspiration on how to reconcile a set of potentially conflicting interests a few days ago, I reflected on previous occasions when different sets of people had wanted me to offer advice that favoured their position over that of their opposite number. The question would generally start with either of the following two phrases – which would mean that I was about to be asked to offer a view that one side would use to help trump the views of the other. The phrases were “From a legal perspective ...” and “From a data protection perspective ...” Then the meat of the query would follow.

I find that I can generally use the flexibility of the Data Protection Principles (and the Act itself) to my advantage, as I can often find something that supports either side of an issue. Sometimes I’ll first ask: “but what is it that you actually want the business to do?” before responding with conviction.

Conviction is the key. Once I’ve made my mind up on an issue, it can take some time to change it. But that’s because it may well have taken some time to work out in my own head how I should be applying the principles I stand for. And, having clarified matters in my own mind, the rest is pretty simple, really.

Does this mean I’m stubborn and unmoving? Not really. I’m ready to appreciate that others have different views, and that their views need to be accommodated in an atmosphere of mutual tolerance and respect. But occasionally, when I’m asked to lead on an issue, I know that the views I form won’t naturally be accepted by everyone, and then I need to choose my battles carefully.

Am I invincible? Not at all. I make as many mistakes as anyone else. I just hope that my humility in accepting the error of my ways does not lead people to think that I’ll easily compromise my principles.

I thought about this yesterday as the credits came up on an excellent film that has just been released, showing how Nelson Mandela helped to forge a single nation from bitterly divided South African communities some 20 years ago, by encouraging people of all communities to develop a common passion. This film focussed on sport – showing how the whole nation learnt to support the Springbok rugby team in its bid to win the 1995 Rugby World Cup, which was coincidentally held in South Africa. This film was “Invictus”, the Latin word for unconquered.

The central theme of the film was the strength of self-belief that ran through both Nelson Mandela and the Springbok captain Francois Pienaar. For me, the most striking image was not of the rugby, but of Nelson Mandela’s tiny prison cell on Robben Island. He needed an iron self belief to survive, and what astounds me was the way he was able, once a free man, to forgive the injustices of the past, not seek retribution and revenge but reconciliation, to build a great nation that is still the pride of Africa.

Mandela’s mantra, if it can be called that, is a poem he used to recite in captivity. Written by William Earnest Henley in 1875 and first published in 1888, Invictus sets out a way of overcoming obstacles. It focuses on the inspiration one needs to conjure up when facing difficult decisions. I can understand why Prime Minister Gordon Brown has admitted to liking it. Not everyone admires it though – writing recently in The Telegraph, (11 January 2010) Christopher Howse mocked it as “a superhuman fantasy”, and pointed out that “Fantasy supermen all too often turn out to be subhuman.” Well, if it's good enough for Nelson Mandela, it’s good enough for me.

And as I continue to be asked to flex the Data Protection Principles (and the Act), I’ll also have this muse in mind when the really hard choices need to be made.

Out of the night that covers me,
Black as the pit from pole to pole,
I thank whatever gods may be
For my unconquerable soul.

In the fell clutch of circumstance
I have not winced nor cried aloud.
Under the bludgeonings of chance
My head is bloody, but unbowed.

Beyond this place of wrath and tears
Looms but the Horror of the shade,
And yet the menace of the years
Finds and shall find me unafraid.

It matters not how strait the gate,
How charged with punishments the scroll,
I am the master of my fate:
I am the captain of my soul.
Posted by Data Protector at 11:09