Facebook Places – Will it be tweaked before it arrives in the EU? 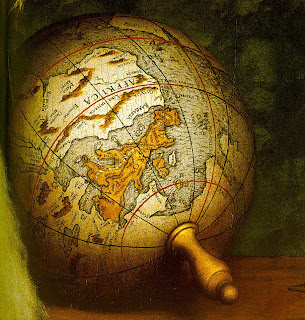 Millions of us are becoming very comfortable thinking about privacy issues these days – and thanks to our friends at Facebook, concepts which were alien to most of the public just a few years ago are commonplace now. What is it that “the great unwashed” are about to have at their fingertips, and to what extent is it likely to cause them harm? These are a couple of the questions that the “usual suspects” will be considering as they think through the privacy implications of Facebook’s new location based tool. Currently available in the States, let’s see how quickly the pressure builds for it to be exported to more privacy sensitive countries (like ours!)

I remember participating in a series of earnest discussions with a trade body representing the UK mobile phone networks who managed to craft a series of measures to protect people from being harmed by the first wave of location based services about 8 years ago. My, have times changed. At that time the great fear was that children could be harmed by predatory adults, and therefore a whole series of protective layers needed to be verified and set in place before parents and guardians would be entitled to know the “rough” location of their offspring’s mobile device. The fear was that people could be subject to unwelcome pressure of others who had realized that the devices were not in the location they were supposed to be, etc. Were the kids really at school, or were they bunking off for the day? Perhaps they had just left their device on the bus. We’ll never know.

The result, I suppose, was to create a Code of Practice on Location Based Services which incorporated standards that were high enough to stifle the development of personal location based services using mobile devices for half a decade. They deemed (particularly by those who were determined to stamp out child abuse in all its forms) OK for corporate use, but not for social use. The code could be policed effectively by mobile network operators as they controlled “who” got to see the network records which explained “where” a device was at any given time.

These days, though, technological changes mean that a large number of stakeholders – not just mobile network operators – collect information which can reveal the location of a mobile device or laptop. Hey, some of these new players can even pick up tiny snippets of the content of someone’s communications (by mistake, of course) as their vehicles are driving over the place generating maps and other images and stuff!

As we spring forward and embrace the rapid advance of smart devices and the internet, for the first time it’s really make it possible for these services to be made available in a manner which far more transparent in terms of who had been given permission to see what. Location Baser Service providers could now, thanks to dashboards, offer a huge range of privacy options to users. This really wasn't possible just a few years ago, when mobile phones just had tiny screens above the keypad.

And, what has really impressed me, is the scale of the media coverage that accompanies the launch of the some of these location based services these days. Opinion formers are almost falling over themselves to discuss the privacy protections now available, and journalists are also getting in on the act by producing material which is incredibly easy to read and useful. Take a look at Patrick Miller’s great article in PC World which explains, using prose and pictures, just how Facebook’s new Places feature works on a smartphone or laptop.

Patrick explains how to set up the “places” account, and learn more about the places your friends are checking into. A flag will allow you to set which friends you wish to share your locations with – and naturally the flags can be disabled too. Business owners will be able to turn the listings to proper Facebook pages – and the mind boggles at the commercial implications of this smart move. Finally, Patrick explains how to turn off the whole application – which is (currently) a bit more complicated than setting it up in the first place.

OK, so if its going to be acceptable for the Americans, what will need to be tweaked for European sensibilities? I wonder if the regulators in some Member States are going to get excited at the possibilities of young people broadcasting their current locations to their friends, or people of certain religious views having to demonstrate to their mums that they really are at their regular place of worship, rather than behind the Co-Op. Will some European regulators demand that such a service should only be used by mature adults, rather than all smart phone and laptop users? If I have an “Anti Social Behaviour Order” and am banned from entering a shopping centre, will one of my “friends” – who co-incidentally is also a security guard at the shopping centre – have lawful authority to track me and get his employers to take action against me if he sees me somewhere I shouldn’t be?

Lots of questions. And hopefully a few answers will emerge from the American experience soon. And as it’s over there now, it won’t be long before it’s over here too!


For those sufficiently interested, the term “the great unwashed” was coined by the Victorian novelist and playwright Edward Bulwer-Lytton. He used it in his 1830 novel Paul Clifford: "He is certainly a man who bathes and ‘lives cleanly’, (two especial charges preferred against him by Messrs. the Great Unwashed)."

Patrick Millar’s excellent article can be found at: http://www.pcworld.com/article/203819/how_to_use_facebook_places.html
Posted by Data Protector at 03:49