Wilmslow to get a “Geek Gang” 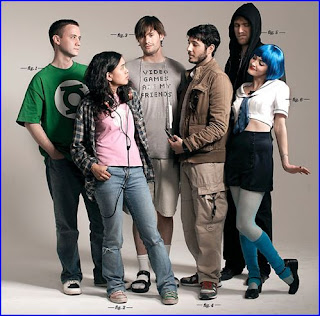 Last month, the Data Chiefs in Wilmslow met to agree that they needed help. Not just any old help. No, the sort of help that can only be supplied by the geeks who really understand where all this technology-thingy-stuff is going, and can explain it in simple words to the teams that are charged with applying the data protection laws to the rest of us. So, if any reader gets a message from their regular contact in Wilmslow to the effect of “Pssst, wanna join our Geek Gang?”, here’s a little more background information.

The ICO’s Executive Team met on 19th July to endorse a paper by Jonathan Bamford which recommended the setting up of a Technology Reference Panel. The idea was that it would help the ICO keep up with technological changes across a wide front. There was a need to better understand the technology in new and emerging areas.

The panel would be made up of trusted experts with a range of experience who would meet twice a year to discuss issues and whose expertise could be called upon between times as and when necessary. They could be nominated by organisations they work for. They would not be paid.

It was apparent that were risks in setting up the panel, for example in terms of confidentiality. However, there were also risks in not doing anything to help the ICO gain an understanding of technological advances, and the risks could be mitigated against by clear corporate governance such as terms of reference, contracts and selection criteria.

It was not the intention that the panel would advise directly on individual complaints and possible enforcement action against individual data controllers. Their role would be to provide the ICO with a more general view of technology. The panel would not have the role of being an expert witness. Where expert input into particular complaints was needed this would be obtained separately.

The Executive Team is apparently now considering how to ensure that the panel operates in a transparent manner, and whether nominations should be sought for the panel, or whether it should be staffed by the “usual suspects”.

I think it’s a great idea to set up a group like this. Just as the EU has its Article 29 Working Party, to advise it on date protection stuff, so should the guys and galls in Wilmslow surround themselves with teams of experts to help them make informed decisions. And no, I’m not a geek. So I don’t expect to be invited to join the gang.

But, if you get the call, please unzip your anorak and say “yes”.


For those who believe this article is a joke, just read the source document, which is on the ICO’s website at: http://www.ico.gov.uk/upload/documents/library/corporate/notices/20100719_et_minutes.pdf
Posted by Data Protector at 13:31