Ready, steady, wait for a year 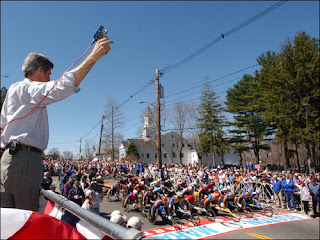 Three cheers for those awfully clever Burghers at the European Commission, who have just announced that the timeframe for the revision of the EU Data Protection Directive has been delayed, possibly by up to a year.

In what could be read as a challenge to the authority and intentions of the Great She Goddess of Justice, Fundamental Rights and Citizenship, (Commissioner Viviane Reding) it is understood that several data protection authorities have urged caution and have asked for more time to consider how best to change the current regulatory framework. And more time has evidently been granted.

It seems that the European Commission now intends to present proposed revisions in the latter half of 2011, rather than in just a few months time.

I think we should only welcome this, as it’s always hard to get things right – and in my experience about the only opportunity an institution has to “get things right” is when it gives time for its officials to work diligently behind the scenes with the professionals (and by that I mean professional consumers as well as professional data controllers). The aim is to create something that the politicians will find hard to unravel when they get their opportunity to play around with the text. Once the text hits the political arena, then any proposal to amend the text is more likely to take on a political tone, rather than a practical tone. And we all know what can happen when politicians start to drum up support for various changes which suit their own particular purposes. There must be such a temptation for one politician to agree to support another's proposal if they, in turn, agree to support theirs.

I’m also welcoming this from a personal perspective, as I was rather dreading the next few months. My days are long and fun packed as they are, but the thought of trying to lobby for particular changes in addition to doing my day job could well have been a stretch too far.

But this extra time ought give me (and all of us) time to think hard and work even harder to persuade those in positions of authority that the changes I’ll (and we'll)be supporting are essential. I don’t think I’m necessarily aging that well. In the past, I might have adopted a reasonably tolerant attitude if a bunch of Burghers managed to manoeuvre legislation that evidently was not fit for purpose through the European Institutions and onto the statute book. This time, it’s "no more, Mr nice guy." I’m looking forward to calling the shots as I see them. I may not be any more successful (and I certainly won’t be rude or condescending) as I lobby anyone I find around the corridors (and salons) of power, but I hope my passion for what I believe to be just will shine through.

And if the end result is a legislative instrument we can all live with, then that’s great.

And if not then I’ll have to follow the example of former Prime Minister Margaret Thatcher. In November 1990, after a day of plots and wild rumour, Conservative MPs were left with a leadership contest scenario which split the party for a political generation. Amid well-founded speculation that at least six cabinet ministers were among those convinced she should step down when she returned from an EU Summit meeting in Paris, instead she took advice from senior party barons, revitalised her campaign team and declared: “I fight on, I fight to win."

To be honest though, I actually prefer another quote attributed to her: “I am extraordinarily patient - provided I get my own way in the end”.


[Today’s image is of US Senator John Kerry, firing the starting gun to signal the start of the men's wheelchair race, during the 2005 Boston Marathon, on 18th April 2005. The race was held almost exactly 6 months before the date of the formal adoption of the Data Protection Directive.]
Posted by Data Protector at 14:29