Wilmslow scores an own goal 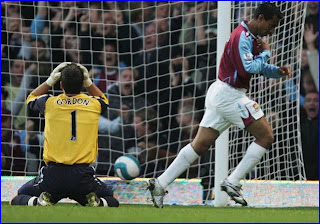 Skimming through the Freedom of Information decisions that have recently been reported on the Information Commissioner’s website, I found one that made me chuckle.

In this case, someone had first asked the Commissioner’s Office itself for some information in the records it held about Crawley Borough Council’s non compliance with the Freedom of Information Act. The requester did not want any personal information about third parties. The ICO initially responded by providing what it thought was the requested information in the form of a synopsis of each case plus redacted case closure letters written by the ICO.

Then, a disagreement arose as to what information the requester had actually asked for, and a formal complaint was raised to resolve matters. As a result, further information was provided by the ICO to the requester.

All well and good.

So, the Commissioner investigated the complaint (against himself) and found that while his Office was correct to interpret the request as it did, unfortunately there had been 3 breaches of the Act. His Office had failed to provide disclosable information at the time of the completion of the internal review [Section 1(1)(b)]. Then, his Office had taken more than 20 working days to provide the information [Section 10(1)]. And finally, his Office had failed to issue the complainant with a refusal notice within twenty working days following the date of receipt of the request [Section 17].

Lets hope that any future reductions in the ICO’s budget (or headcount) won’t lead to many other examples of delays in dealing with FOI requests, and correspondingly more times that the Commissioner has to castigate himself for failing to meet his own statutory obligations.

Fortunately for the ICO, on this occasion the Commissioner did not require himself to take any further action against his Office. Nor did he issue a press release about the decision.

However, the decision notice has so upset the original complainant that an appeal has been lodged with the Information Tribunal. What the requester really meant when they made the original application is apparently still in dispute. I suppose this is what may happen should someone ask for the publication of material they know exists, and for whatever reason, the public authority declines the request to publish it.

But back to the plot. I will remember, should I ever need to be reprimanded for failing to respond to Subject Access Requests within the statutory period, that the Commissioner won’t fail to be as tough with his own staff as he may be with me.

For those who want more information on this decision, browse over to the Information Commissioner’s website and look up Case Ref: FS50233875: http://www.ico.gov.uk/upload/documents/decisionnotices/2010/fs_50233875.pdf
Posted by Data Protector at 11:09