Hurrah! We’re not all doomed when that Regulation is dropped 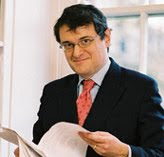 In a speech delivered yesterday to the Statute Law Society by Philip Coppel QC, I was left with the clear sense that there were indeed some prominent supporters of the current Data Protection Act. The inference of Coppel’s speech was pretty clear: Don’t worry too much if the discussions over that Regulation come to nothing. All is not lost. We can make do with what we already have for the time being – and for some time to come.

Philip Coppel is well known to those who follow litigation involving the Information Commissioner’s Office. A quick squint at his case history reveals he certainly has “form” when appearing in information law cases. He does know his stuff.

The Judiciary are no lovers of data protection legislation, but then again, when you look at the cases that have been argued before various benches, it’s hard to find a less attractive bunch of plaintiffs. Perhaps that’s one of the main problems – if the courts had only more experience in dealing with more reasonable plaintiffs, they might take the protections that the Act can provide a little more seriously. I’ve often thought that the less responsibly the plaintiff’s appears to behave, then the harder the Bench will strive to find some way of denying their application, whatever everyone else thinks the law says.

But enough of my rant.

Coppel saw lots of nods of agreement among the audience as he described the Data Protection Act as: “the ugly relation in the law of privacy.” It’s a thicket and an unpleasant piece of legislation, which takes a lot of guidance before you get to realise how it is actually supposed to work. Tell me about it. I’ve been spending days being lectured on how the various bits of the legislation mesh together, as I mug up for my ISEB data protection exam.

The legislators have also known that for an awful long time. Coppel ruefully remarked that, as the House of Lords commenced the Second Reading of the Data Protection Bill in February 1998, “the chamber emptied itself as quickly as health and safety legislation permitted”.

Even one of the members of the audience, who later introduced himself as a former Home Office official who was heavily involved in progressing much of the data protection implementing legislation through Parliament over a decade ago, commented that: “At bottom, it’s simply not very clear what it’s all about.”

But, Coppel made the vitally important point that when you look at what the Act actually provides for, it’s not as bad as all that: “Properly understood, the Data Protection Act 1992 does provide an adequate system for the protection against intrusion upon privacy of record. Properly applied, it saves the need for bending the law of confidentiality to remedy the obvious wrongs that have spawned a “law of privacy”. The Act has a sophistication which is not going to be matched by the fits and starts of the developing common law.”

There are very good reasons why it’s such a hard piece of legislation to follow. After all, its principal author (whose identity I know so wont embarrass them) is an awfully bright person, and to them, once you know how to navigate around the legislation, it’s really quite straightforward. Had any of the parliamentarians on the scrutiny committees (whose identity I also know, but won’t embarrass them) bothered to take a little more interest in the legislation, rather than dealing with their constituency correspondence during the Committee meetings, there might have been a Parliamentary call for something that was easier to understand. But no. This is what you get when you get Parliamentarians who care about clarity as much as they evidently did.

In closing came the Coppel cry: “The time has come, then, to give true effect to the Data Protection Act 1998. We should learn to appreciate what we have already got. And with that, I would suggest, the cry for a privacy law will in no small part be answered.”

The great and the good of the Statute Law Society then adjourned for drinks and polite discussion, to continue what had started as an extremely agreeable evening.