We need to talk about Europe ... 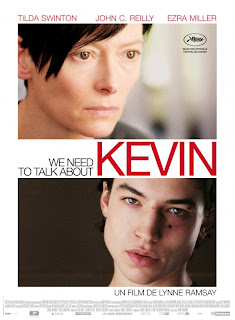 I’m commenting on two stories today, both of which question the legitimacy of the European Commission to adopt legislative measures that seem to go well above the heads of national Parliaments.

Before I’m written off as a maverick, let me assure you that I am not a natural Euro-sceptic. I believe in European integration – to some level, but I also believe in the principle of Subsidiarity, too. This is an organizing principle that matters ought to be handled by the smallest, lowest or least centralized competent authority, according to the definition in Wikipedia.

Of course, it’s always easy to find stories criticising the European Commission. When there are positive stories, I will comment on those, too. My aim here is not simply to knock the institution. But it is to question it, and to challenge it in the spirit of the Latin proverb Qui bene amat bene castigat (Who loves well castigates well).

So, for the first story, please step forward Belgium's enterprise minister Paul Magnette. He spoke recently at a conference, auspiciously titled Can one criticize Europe?, organized by the Université libre de Bruxelles. He was bold enough to criticise the European Commission for being "too tough" on his country and pleaded for more "margin of manoeuvre" for national governments to enforce EU budget discipline rules.

The EU's budget discipline dogma had become "monomaniac," he had said, commenting that the only possible result of such policies was recession. In his view, the Commission’s role in approving the Belgian budget was close to micro-management. When it rejected the 2.8% deficit forecast of the Belgian government in favour of its own 3.01% projection, the Commission had put the country in the excessive deficit procedure [EDP], which was nothing less than “nitpicking,”. And, as the Commission has more powers vis-à-vis a country under EDP, the feeling was that the Commission "abuses" it’s right of control to leverage its power over member countries.

This is not the first time that Magnette, has courted controversy. He’s also on record for making comments critical to the EU executive, for which he was reprimanded both by Prime Minister Elio Di Rupo and Council President Herman Van Rompuy, a former Belgian Prime Minister.

Reportedly, Magnette had said that the economic and budgetary policy, imposed on EU countries, condemned them "to a 15-year-long recession". He added that he doubted that the Commission had the democratic legitimacy to impose such policy: "We must stand up to the European Commission, as the big states do, or we will slip into an ultra-liberal Europe."

And, for the second story, I’m really grateful to a chum who is following data protection developments within the European Commission even closer than me, and has observed that the fun and games continue apace as everyone in the European Parliament is scrambling to get in on the act on that Regulation. Which MEPs will be appointed to key roles as the measure is considered by the Parliament? Apparently, the power struggle going on is particularly fierce between the European People’s Party and the Greens.

One of the brightest of London’s lawyers pointed out to me recently that: “while fundamental rights are at stake, these are not absolute. The Regulation itself recognises this (see recital 139). As we all know, the purpose of the legislation also is about ensuring the functioning of the internal market - indeed, the very first line of the Regulation acknowledges both the fundamental rights (Art.16 TFEU) AND the internal market dimensions (Art.114(1)/26). In line with the “property” point, recital 139 recognises that the right to the protection of personal data must be balanced against other rights, including the “freedom to conduct a business” (of which the European Court of Justice said some interesting things about in the recent SABAM ruling). Unfortunately, so far the right to property (including the right to intellectual property) has been left out…”

So, where does this leave us? In a bit of a predicament, I think. On the one hand, we have a European Commission that is determined to press on with legislation because it does not trust Member States to legislate adequately. On the other, we have(a number of) National Parliaments who may not be that bothered about giving up sovereignty in this area because they are passionate believers of a European project which requires a strong central European Government and weak national Parliaments. And on yet another hand, we have (a probably smaller number of) National Parliaments who genuinely question the extent of European integration, because they do not believe that the costs of surrendering the margin of legislative appreciation they currently enjoy will be outweighed by the benefits of further and deeper integration.

Perhaps that’s why the struggle to carve up data protection between the European People’s Party and the Greens is so important. Both groups sense that the proposal marks a huge step change in creating a new social policy within Europe, and they are both determined to control the shape of that policy. It’s a great opportunity to wrest a chunk of powers away from national Parliaments and have them salted away in the European institutions.

And where is the political influence that we, in ‘Blighty, can have on this process? I don’t see many British MEPs either sitting with the European People’s Party or the Greens. Can we just sit on the sidelines and hope that these groups of politicians will do a deal that won’t leave us too much in the cold?

Or should we adopt another approach, which is to question the legitimacy of data protection matters being removed from the competence of the Westminster Parliament in the first place?

Recital 139 of that Regulation: In view of the fact that, as underlined by the Court of Justice of the European Union, the right to the protection of personal data is not an absolute right, but must be considered in relation to its function in society and be balanced with other fundamental rights, in accordance with the principle of proportionality, this Regulation respects all fundamental rights and observes the principles recognised in the Charter of Fundamental Rights of the European Union as enshrined in the Treaties, notably the right to respect for private and family life, home and communications, the right to the protection of personal data, the freedom of thought, conscience and religion, the freedom of expression and information, the freedom to conduct a business, the right to an effective remedy and to a fair trial as well as cultural, religious and linguistic diversity.

Image credit:
This is the poster for the 2011 film “We need to talk about Kevin”. The plot focuses on Kevin's mother, who struggles to love her strange child, despite the increasingly vicious things he says and does as he grows up. But Kevin is just getting started, and his final act will be beyond anything anyone imagined.
http://www.impawards.com/2011/we_need_to_talk_about_kevin_ver5.html