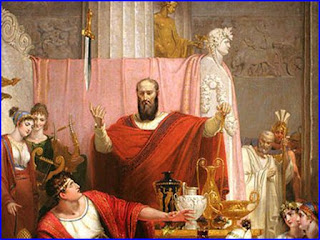 The latest word from the Information Commissioner’s Office is that there is some interest in seeing me hand over £100 to the charity Help for Heroes if a video of an ICO team doing a Cookie Warp dance is posted on YouTube by 26 May. If you have no idea what I’m talking about, please take a quick look at my blog dated 9 March.

One wag has been in touch to suggest that the charitable donation could easily multiply just to ensure that certain members of the ICO’s staff are not heard singing (and that’s before the money floods in to make sure certain others are not donning any Frank N Further style costume…).

They also suggested: “Perhaps their version should be the song that refers to the sword of Damocles hanging over their heads….”

This person has a serious point. The pressure on regulators to enforce legislation (even if they themselves don’t believe it’s been properly thought through) must be pretty awful. I’m glad I’m not in that position.

So, in honour of those who are charged with carrying out such a very difficult job, I thought I should pen a little ode just for them. I didn’t find it that easy to come up with lyrics that rhymed with Damocles and made much sense, though. If you’re interested, I toyed with lines which ended in words such as: please, he’s, squeeze, she’s, wheeze, disease, faeces, species, Chinese, herpes, trapeze, appease, freeze and Maltese.

Oh the pressure of producing a data protection ditty to order! And then inspiration hit me. So today’s effort, inspired by David Bowie and Queen, is dedicated to those regulatory folk in Wilmslow and Brussels who are bold enough to put their heads above the policy parapet.

Now, three cheers for the dedicated band of people whose guidance is eagerly craved, and then just as eagerly criticised when it finally comes!

It's the terror of knowing
What this stuff is about
Watching some good people
Screaming: You know nowt
Pray for tomorrow (its gotta get better)

It's the terror of knowing
What this world is about
Watching some good friends
Screaming: You know nowt
Pray for tomorrow (it’s gotta get better)

Don’t know what it must feel like to be a blind man
Sat on the fence but it didn't work
Tired, hungry and bored at some conference in Cannes
Finding solutions – before going berserk
Under pressure

It's the terror of knowing
What this stuff is about
Watching some good people
Now I’m screaming: Let me out
Pray for tomorrow (its gotta get better)


Image credit:
http://allthingsd.com/files/2011/12/damocles.png
The Sword of Damocles parable illustrates the constant fear with which many people in authority live. Wikipedia explains that in the fourth Century BC, Damocles was a courtier in the court of King Dionysius II of Syracuse, Italy. In the parable, Damocles praised his King that, as a great man of power and authority surrounded by magnificence, Dionysius was truly extremely fortunate. The King then offered to switch places with Damocles, so that Damocles could taste that very fortune at first hand. Damocles quickly and eagerly accepted the King's proposal. Damocles sat down in the king's throne surrounded by every luxury, but the King arranged that a huge sword should hang above the throne, held at the pommel only by a single hair of a horse's tail. Damocles finally begged the King that he be allowed to depart, because he no longer wanted to be so fortunate.