ISEB Accreditation: The mock exam (and an inflexible Commission) 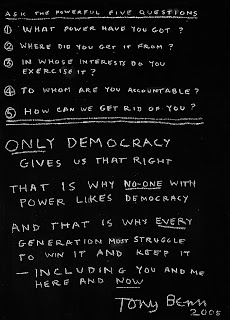 There was an unusual atmosphere in the (mock) exam room in Central London today as I joined a group of people who were all sitting a mock ISEB data protection exam, under the strict supervision of the great Chris Pounder from Amberhawk.

What is supposed to happen on such occasions, apparently, is that as the hours tick by, the candidates get ever more stressed, while the invigilator sits benignly at the front of the room, doing whatever it is that invigilators get up to as the rest of us have got our heads down, writing as fast as modern technology will allow. I’m sure, when I was 18, I wrote far faster (and far more legibly) than I do these days. I’m now obviously spending far too much time on the keyboard, and less time with a pen between my fingers. Writing for 3 hours solid hurts. And writing for Amberhawk’s mock exam, which actually lasts for 3 ½ hours, hurts even more.

What actually happened today was that, as the hours ticked by and we candidates became increasingly stressed, so too did Chris Pounder. Was this because he was worried that the questions he had set were far too hard for us?

It was because he was pounding his fingers over his keyboard, preparing this week’s Hawktalk blog. He had spent the past few days at the ICO’s data protection event on the implementation of that Regulation, and could not believe that the European Commission were adopting the attitude that their spokesperson (Paul Nemitz) was taking as he addressed the meeting yesterday. Talk about inflexible. Apparently, the Commission would consider amendments that make that Regulation work better but not those amendments that were based on alternative (and better) ideas.

I was not able to attend Paul Nemitz's presentation. I was, instead, busy revising for today. Having heard about how Paul Nemitz (allegedly) behaved, I really would have liked to have witnessed it for myself. But I guess there will be plenty more opportunities for me to witness at first hand an attitude that is going to win no friends and no consumer support from most parts of Europe.

This is war. And what can the Commission’s aim really be? Unless it realises that the possibility of the current proposal being accepted by the European Parliament and the Council is even more remote than me being appointed to the House of Lords by next Easter. Perhaps it has already decided to allow itself to be defeated and for it go be seen to be going down because it wished to adopt a principled approach, rather than seek some grubby back-room compromises that would result in a legal instrument pleasing no-one.

I’m not quite sure what George Galloway’s Respect Party thinks of the Commission’s proposals, but given the pasting it’s just given to the Labour Party in yesterday’s by-election in Bradford West, if I were the Commission I would be afraid when Mr G gets to hear about it. Very afraid.

We Brits are not that keen on Euro-Imperialism, especially when we used to be the top dogs and were expert at spreading our particular brand of British Imperialism across the globe several centuries ago. We’ll happily dole it out, but we won’t take to it that readily.

I have not seen Chris Pounder so agitated before. Ever. Not during normal business hours, anyway.

But, back to the mock exam.

The first part of the exam was marked while we candidates attempted parts 2 and 3. So we all now have a rough idea of where we stand, and what areas of the syllabus we either need to revise, or learn from scratch. I’ll be debriefed on the 2nd and 3rd parts of the exam in a few weeks time. Then it will be full steam ahead to ensure that I’m going to be all right for the actual event, which will take place on 27 April.

I now have even more respect for those brave souls who have put themselves through this process, which really does test a candidate’s legal and data protection knowledge. And I do hope that I’ll be able to remain focused and provide exam answers that are in accordance with what it is the examiners actually wish to see on the answer page, rather than what a pragmatic data protection officer might otherwise suggest in an internal note in a hurry.