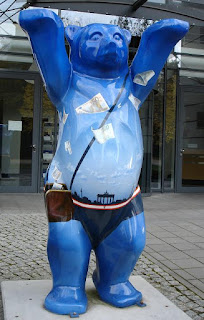 I had trouble sleeping last night. I think this is because I was so taken by Chris Pounder’s description of the attitude expressed by the European Commission’s spokesperson (Paul Nemitz) at the ICO’s conference on the future of data protection in Central London, held a few days ago. According to Chris: “Paul signalled an inflexible approach towards the implementation of the Data Protection Regulation; he stated that he would consider amendments that make the Regulation work better but not those amendments that were based on alternative (and better) ideas.

“At the meeting Mr Nemitz pointedly said that in Germany there is a high level of data subject trust and a thriving German economy; high standards of data protection and economic success go hand in hand. He said that the Commission had the balance of interests “more or less correct”, and changes to the text most needed would be those that tinker at the edges.”

This kept me awake for most of last night. I wondered how I could turn such an attitude into a popular song. Inspiration struck around the time of the dawn chorus. I remembered that brilliant scene in the 1972 film Cabaret when a young boy was spotted, singing a seemingly innocent lyrical song about the beauties of nature. His song gradually turned into a much more menacing chant.

So, with more than a grateful nod to John Kander and Fred Ebb, I do hope they’re not too offended by my (mis)treatment of their wonderful song “Tomorrow Belongs to Me". I’ve even changed its title. But I think the new one is just as strong as the original. The English translation appears as the title of this blog posting. The German translation of the new title is set out just above my lyrics. And I’ve also changed the singers. In the film, the boy was surrounded by a bunch of waiters. In my version, the soloist (an anonymous Commission official) is surrounded by his chums from DG Justice.

(First, dear reader, I do hope you’re not going to be too offended by the rest of this blog. I write in jest. Not out of spite. If you are of a nervous disposition, I suggest that you point your browser at something else, right now.)

Now Datenschutz, Datenschutz show us the sign
Data subjects have waited to see
That day will soon come
When the world is mine
Tomorrow belongs to me

I took this image during a trip to Berlin in October 2007. It caught my eye as I was on my way to visit a travelling exhibition devoted to the theme of failed relationships, which had originated in Croatia. The Museum of Broken Relationships asked people in the cities it visited to donate mementos of everything from short flings to painful divorces. Berliners donated more than 30 objects, including a wedding dress and an axe used to break an ex's furniture. Perhaps it will soon be time to donate that photograph (which ought to exist somewhere) of Commission officials expressing their full confidence in all of the opinions ever issued by the Article 29 Working Party.